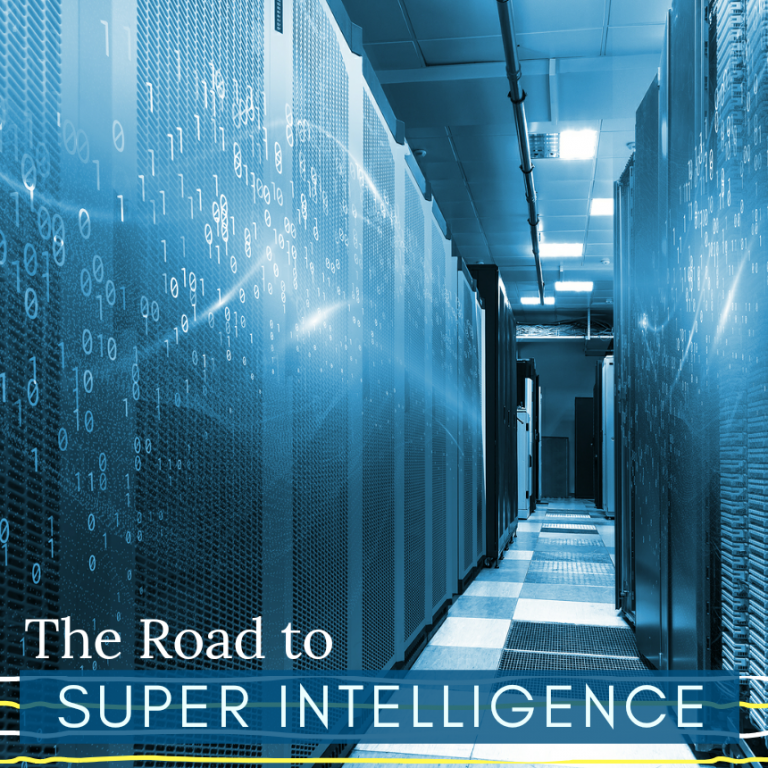 It is hard for AI to see ‘human-level intelligence’ as achieving some critical milestone — it can only be a significant marker from our point of view and wouldn’t have any reason to stop at our level. And with the benefits of AI over human intelligence yet to be achieved, we are looking forward to some ultimate changes in the field of Artificial Intelligence. It can only reach human intelligence for a brief instant before it can start its race towards the realm of superior-to-human intelligence.

The main difference between humans and Artificial Super Intelligence is that AI can achieve a level of intelligence that is smarter than all of humanity combined, but that wouldn’t be its advantage in intelligence speed and in ‘intelligence quality’.

What makes humans so much more intellectually evolved from the chimps is not in the difference in thinking speed. It is in the human brains that contain several sophisticated cognitive modules capable of things like complex linguistic representations and long term planning with abstract reasoning that is absent in the chimps.

Let us see what’s inside the artificial intelligence revolution and how AI can get close to achieving human intelligence:

Since AI is a broad concept, there are many types or forms of AI, the main categories we need to think about are:

Artificial narrow intelligence is commonly referred to as Weak AI and is an AI that specializes mainly in one area. We have seen that AI can do better than the world chess champion in chess, but that’s how far it can go. When asked to figure out a better strategy to store data on a hard drive, wouldn’t the AI do better than a human?

Artificial intelligence is sometimes referred to as Strong AI or most commonly Human-Level AI. This form of AI refers to a computer that is as smart as a human.

This AI form in a machine can perform any intellectual task that matches the level of a human being. Designing artificial general intelligence is much more complicated than building artificial narrow intelligence, which is still under progress.

Linda Gottfredson defines intelligence as “a very common mental capability that, among other things, comprises the ability to reason, think, plan, and solve problems abstractly. Intelligence means the ability to capture and comprehend complex ideas, learn quickly, and learn through it.”

Artificial General Intelligence would be able to perform all the above skills as quickly as a human being can.

An Oxford philosopher, Nick Bostrom, describes Superintelligence as “an intellect that is much smarter than the human brains in any field, including scientific creativity and social skills.” Artificial Superintelligence is a brief field of AI. It is far more intelligence from a computer that is just a little smarter than a human. ASI is the main reason why AI is such a spicy topic surrounding humans.

As of now, humans have achieved the lowest form of AI, i.e., ANI in several ways, and today we see it everywhere.

The AI Revolution is now on the road to super Intelligence through AGI, to ASI. It is not sure that we survive on our way to superintelligence, either way, the journey would change everything.

In the next part of the Inside Artificial Intelligence Revolution, we shall take a closer look at the leading thinkers in the AI field that believe this road looks like a great opportunity to humans in achieving the full power of Artificial Super Intelligence. Also, we would discuss why the revolution might happen way sooner than you might think.

Since the AI revolution started, it has changed a lot in terms of business development by the various benefits of artificial intelligence and machine learning in their system processes.

ONPASSIVE AI is designed to handle various aspects of the business development industry from offering Business automation, AI-induced platform, and 100% hands-free solutions to many complex problems.

If you are a business seeking AI-powered tools and business systems, ONPASSIVE is where you start. Join ONPASSIVE to know more about AI and how your business can benefit from it.