Get Biz-ready with Search Statistics 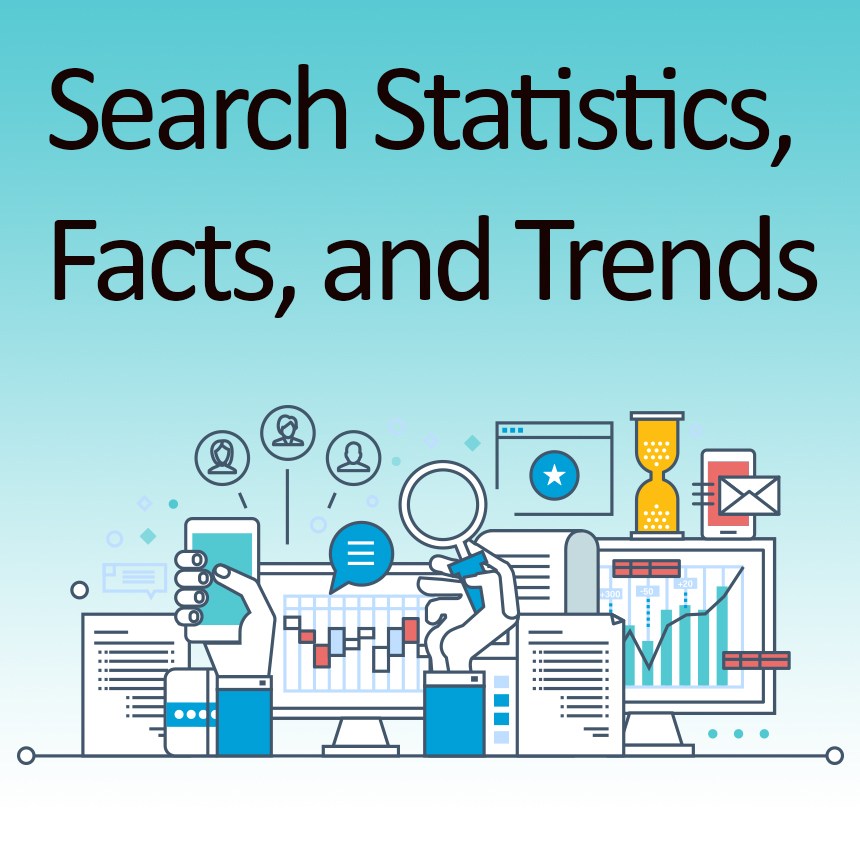 That adage of ‘Curiosity killed the cat’ is probably dead and gone. In this day and age, it is the curiosity of knowing that keeps us alive and kicking. We have invented search engines to quench our never-ending thirst for knowledge and information. Search engines are an integral part of our lives that Google has become synonymous with the internet.

Google and the Internet:

You can estimate Google’s sheer size in some of the stats that we present before you for your leisurely read. We all know that Google is the world’s largest search engine. Google is an indexing service, providing us with websites and pages based on our specific search queries. But yeah, the internet as a whole is a much bigger thing.

To draw a comparison, despite Google indexing 35 trillion web pages, it is still not even scratching the surface of the internet. The internet features a mammoth 17.5 quadrillion different pages. That said, Google is growing and packs a lot of marketing potential, which makes it a marketing tool for businesses.

In conclusion, it is evident that Google continues to dominate the search market and shows no sign of slowing down the pace. These stats, trivia, and facts that we presented here and understanding Google Search statistics and trends can open the doors of opportunities for businesses and marketers to improve their CTRs and conversion rates.

With the Coronavirus out there, it’s a Perfect time to Consider ONPASSIVE!