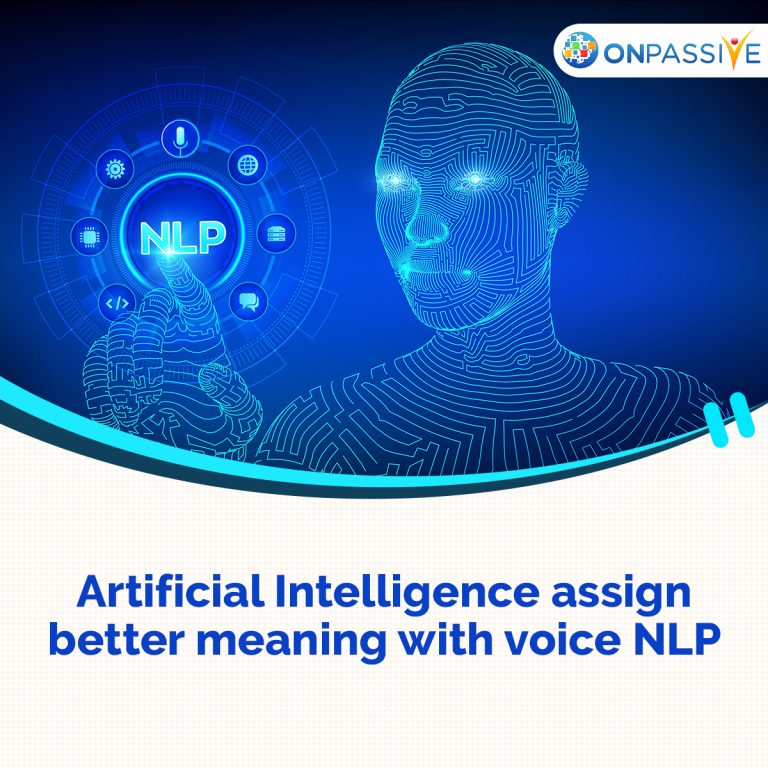 Natural language processing is an Artificial Intelligence-powered means by which computers dissect the words you input in either text or voice and process your request. This has benefited from years of training and advancements in the algorithms powering it.

Voice NLP refer to any process by which a machine analyzes and extracts meaning from a human speech that varies in scales of complexity. An NLP algorithm uses to evaluate a large data file to extract specific terms and phrases. Complex NLP algorithm existed in Siri and Alexa, parsing user input, converting it to text, analyzing that text, providing an answer, and converting it back into an audio response.

It is innocuous as Google search results use NLP algorithms to interpret your search’s meaning rather than mining-specific products that match the keywords provided. AI allows moving beyond user-input to user-intent, extracting a meaning behind shortened phrases and colloquialisms to fully understand the importance of a query and provide a more specific answer.

Computer languages follow a rigid protocol. If you miss an operator or an argument, it might break completely. Human language has no such restrictions. Simultaneously, somebody’s speech might become significantly less precise, which are incredibly flexible for enabling expressions. Historically, this made them difficult to capture and analyze with machines.

Deep Learning changed by enabling AI systems to evaluate and parse human language with an incredible degree of accuracy. This is called as NLP.

For decades, scientists are writing rules to parse grammar and spelling to extract meaning from text. But it wasn’t until shifted to a machine learning model that progress became readily apparent which took many years to reach a point of complete, accurate language analysis to the degree that it could become interchangeable.

Speech recognition is around some time before the advancements in NLP. The software was long able to capture speech in text-form, with lesser accuracy. NLP is different as it goes beyond capturing addresses. It synthesizes, analyzes, and assigns meanings to speech enabling developers using that data in new forms as

NLP is utilized in dozens of industries to streamline operations and address long-standing pain points. More than ninety-five hospitals using electronic health records and the amount of time spent on documentation to meet new regulations have boosted throughout the industry. This burnout creates limitation in the time practitioners can spend with their patients and reduces their efficacy. NLP is used to process those large volumes of data faster and with less practitioner input. It is effectively used to extract data and clinical information into a format that can be more readily accessed and consumed by doctors.

NLP is being used in several industries to streamline communication with customers. Chatbots have become ubiquitous, but have been incredibly impactful in high-touch sectors like finance. They enable customers to access information that required a human agent. Essential questions are asked and get routed to the correct agent when a problem is too complicated.

These applications for NLP includes in three forms:

Data is inherently objective, and precursors of modern NLP relied heavily on quantitative input to extract meaning. NLP algorithms evaluate things like social media posts, market research panels, questionnaires, and interviews to identify common elements of crucial emotions and get a general impression of someone’s sentiment. For example, Cognovi Labs has used such an algorithm to build their Coronavirus Panic Index, measuring how people react to the pandemic in real-time.

A total of human knowledge present and the volume of information is overwhelming. NLP reduces long texts to high-level summaries that are more actionable in business, academic research, and more.

Increasingly, companies rely on NLP algorithms for identifying market response to their products. Data come from website traffic, user reviews, social media posts, customer service calls, and even offline sales stats. All of which is effectively analyzed for an actionable pattern.

Instead of strictly extracting meanings from the text, these newer NLP algorithms are accurate for assigning intent and sentiment of a word.

One of the biggest challenges for business and computing is a language barrier. There are more than seven thousand languages in the world, and hundreds used in international trade. Some countries have dozens of dialects in their own, creating significant barriers for computing applications that rely on a handful of core languages.

Traditionally, expanding an NLP model to a new language, a new data set must be recorded and annotated. Its a costly and time-consuming process that does not scale in the right manner. However, profound learning advancements allow developers to create cross-lingual embedding and systems like BART that help to expedite new NLP models.

Our lives interconnected with billions of chatbots and voice assistants respond in language with a fraction of a second. While this has become something of second nature for most consumers, the technology behind those rapid responses is relatively new and has evolved quickly in recent years. It holds a lot of scope and its applications are limitless.