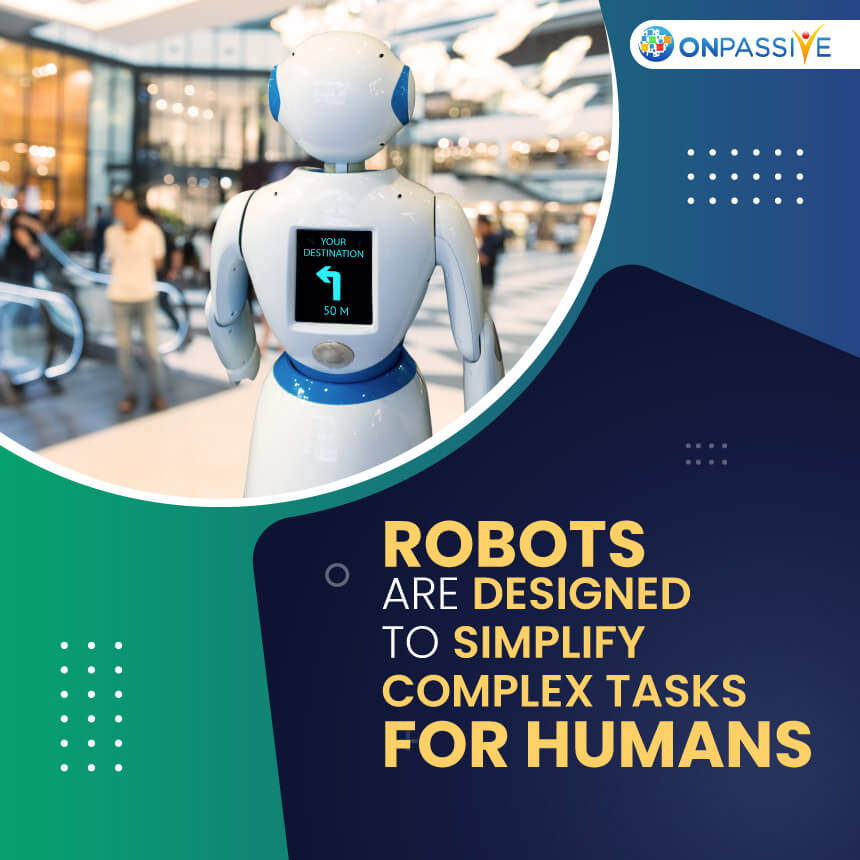 We live in a robotic world. We drive automobiles that were partially constructed by robots. Robots created our computers, laptops, tablets, and phones. Robots assemble, sort, and mail things we order from enormous warehouses. Robotics has a significant impact on our social and economic lives. Future robotics could usher in self-driving cars and even digital assistants. The rise in robotics in the workplace has both positive and dire consequences. Robots now perform human labor in a variety of settings. Let’s look at the future of robotics in the workplace and how it might affect our lives.

Manufacturing, medical, warehouse operations, and law enforcement are just a few industries where robotics is applied. Drones, prostheses and exoskeletons, artificial assistants, and, believe it or not, driverless cars are among the robots’ potential applications. These fields are about to take off in the corporate world.

Let’s talk about each industry in detail.

Robots are utilized to automate repetitive activities in manufacturing, resulting in a more efficient assembly process. In the manufacturing of products, robots and humans collaborate. Many tasks are hazardous or need large quantities of materials, which can be dangerous to humans. Employees may grow tired or distracted in the short term due to their repetitious labor, leading to mistakes. Because of their agility and high degrees of machine learning, robots, on the other hand, can prevent such errors.

Robots are now utilized in clinical settings to assist healthcare personnel and improve patient care and operating rooms. For example, during the COVID-19 pandemic, hospitals and clinics used robots for a broader range of jobs to decrease pathogen exposure.

Robotics and automation are also employed in research facilities to automate laborious, repetitive, and high-volume work so that technicians and scientists can concentrate on more strategic duties that lead to speedier discoveries.

Warehouse robotics are being used by innovative businesses to increase order fulfillment and inventory management while staying ahead of the competition. Warehouse robots help human workers focus on more complex tasks like packaging and shipping orders by saving time and resources spent gathering and transferring things throughout the warehouse floor. While the apparent benefits of employing robots in your warehouse are better efficiency and cheaper costs, there are several other advantages.

What Is The Link Between Robots And AI?

The solution is straightforward. AI-based systems provide robots with computer vision to navigate, sense, and react appropriately. Machine learning, which is part of computer programming and AI, is how robots learn to do tasks from humans.

It has generated a lot of buzzes since John McCarthy invented the phrase Artificial Intelligence in 1956. This is because AI-based systems can give robots life and enable them to make their judgments. Different types of AI are utilized depending on the application and tasks that the robot must complete. These are the details:

This sort of artificial intelligence is used to simulate human thought and interaction. The commands and responses of the robots are predetermined. On the other hand, the robots do not understand the commands; all they do is retrieve the relevant response when the appropriate order is issued. Siri and Alexa are the best examples of this. The AI in these devices only performs the tasks that the owner requests.

This type of AI is employed in robots that do tasks independently. They don’t require supervision once they’ve been programmed to complete the job correctly. This AI-based system is frequently employed nowadays as many things become automated, with self-driving cars and internet automobiles being two of the most compelling examples. This sort of AI is also used in humanoid robots, which can sense and interact with their environments. Robotic surgeons are also becoming increasingly popular as no human intervention is required.

This primarily refers to industrial robots that execute predetermined and repetitive duties such as painting, tightening, etc. When the robot must perform only specific responsibilities, this type of AI is used. It can only be used for particular tasks.

Researchers breathed life into the assembled metal, even though robots are more intelligent than humans due to their computational capability and memory. Because humans created them, they believe they will be the end of the robots if they become uncontrollable. Many robotic automation businesses are working on various creative goods, including autonomous vehicles, mobile robots, toy robots, and software that feeds robots with common sense and makes them easier to operate when humanity needs to adopt the technology. Different robotic firms have accomplished much more in the last two decades as the globe evolves faster. Many of them have achieved a new achievement, with their robots already functioning in various industries.

To know more about AI in business, contact the ONPASSIVE team.