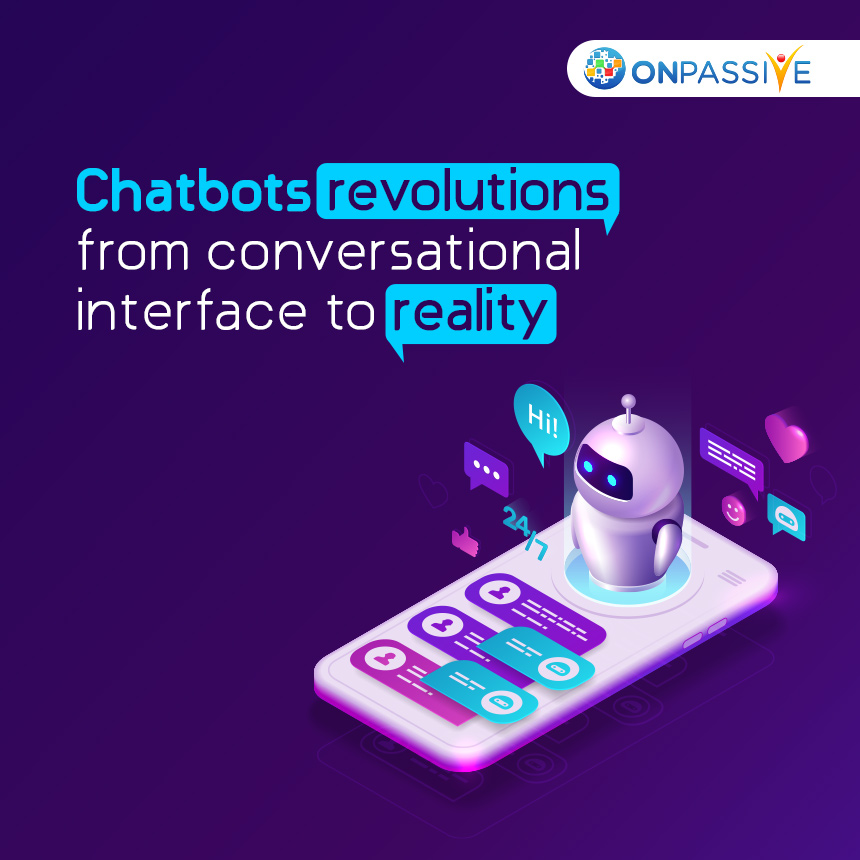 How Chatbots Bring Revolution From Conversational Interface to Reality?

The revolutionary bots use visual indications where their predecessors relied on written input. It analyses photos of two different outfits, and choose the best one based on various parameters like visual chatbots entering an e-commerce domain.

The revolutionary bots use visual indications where their predecessors relied on written input. It analyses photos of two different outfits, and choose the best one based on various parameters like visual chatbots entering an e-commerce domain.

Many of them had a frustrating experience with chatbots. They do not understand the context always. Chatbots not dealt with unpredictable speech scenario. All of these lead to less than ideal user experiences.

These are successful with the user’s ability to communicate an issue, and the bot’s ability understands well when communication occurs with voice and text having undeniable limitations leading to frustrated and inaccurate experience. Research reveals that fifty-nine percentage of people think these are slow to resolve problems.

It can attribute to the fact that the connection between humans and bots is inherently flawed. People do not communicate with words. Instead, use inflexion, body language and visual expressions. Visual chatbots can be a missing link for closing a communication gap.

How will visual chatbots work?

Power-up a chatbot with vision capabilities has become possible due to advances in deep learning and image recognition, allowing AI to recognise different patterns with high accuracy and learn progressively over time for tackling more critical visuals.

The evolution process on visual chatbots will occur in the next four stages:

It is the most straightforward phase, and also the one users are most encountering currently. Bots receive ‘let me see’ requests then serve up the correct image based on the same input.

The bot then searches a database of images and display the correct one.

At this stage, the large-scale image processing requires significant computing power and bandwidth, not something every company can afford to deliver. This issue tackles new WAN accelerated solutions for encrypted data stored and produced by different applications via the Internet.

In future, this could eliminate the danger of performance degradation in visual chatbots as they tasked to deal with more and more incoming data.

Bots use image recognition with text then returns relevant text and photos. For instance, a user uploads a photo of an auto part. The bot recognises it and bears the name and price of that part. Then, it shares pictures of several other factors informing the customer that they may need to buy those parts.

However, a chatbot to develop visual intelligence must be exposed and understands a tremendous visual input that is something as simple as a request to visualise a car interior would require that the bot recognises and appropriately indexed in all the various ways a customer might make that request.

It is required when receiving text and serving images. It is even more complicated when the customer is sharing a picture. The bot must realise in identifying a car, from hundreds of possible ways.

The only way to solve such a problem is to create massive data sets from these bots to learn. The challenge that, it is exceptionally time-consuming and labour intensive. Still, the work is progressing. Much of it crowdsourced through sites like Mechanical Turk. Workers annotate images and then verify others’ annotations so that machines can better understand this visual input, among other tasks.

In these cases, the bot does not recognise a photo which analysed. If a customer snaps a picture of a home after a house fire. The bot might recognise smoke and fire damage areas to create a report for the insurance company and identify what repairs are needed.

4. Interactive Analysis for an Image

Eventually, they will serve customers through a live video chat. Imagine walking through a process of assembling a piece of equipment while a bot recognises the elements as you pick them up and can instruct you as you work.

At the moment, visual chatbots are still early and can tackle more straightforward requests such as those described in phase-1 and phase-2.

However, with rapid technological advances, we should expect them to evolve from occasionally helpful text assistants to full visual interactors, capable of delivering on-point advice for any occasion.

The conversational AI technology has widely embraced in 2019 and set to proliferate in 2020.

Some experts said AI-powered is full potential still on the way while others believe that enterprises benefited from such technology at its early days.