How Does Artificial Intelligence Help In Cyber Security Threat Detection? 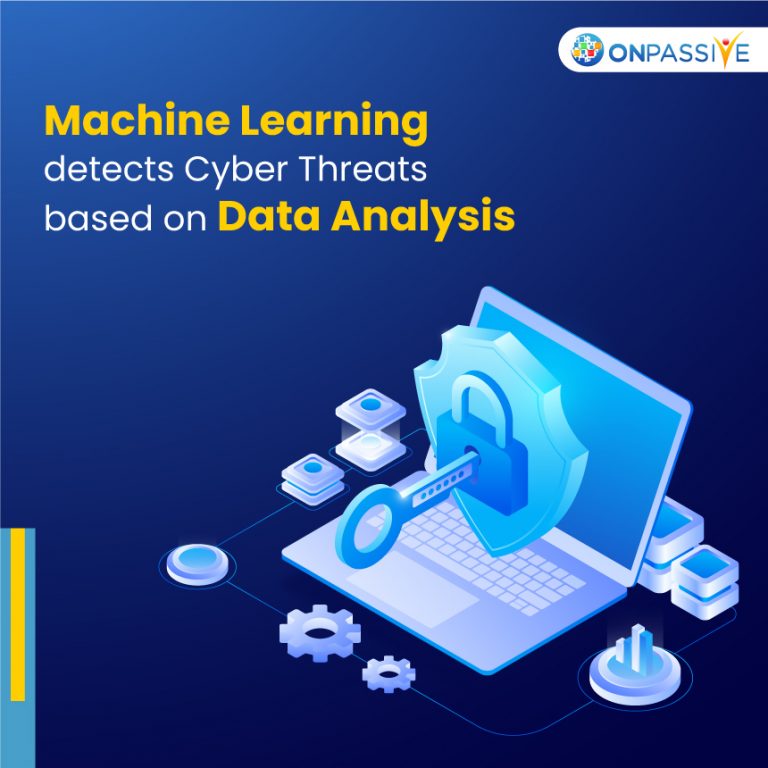 The world is transforming into a digital environment at an unprecedented rate, and the transformation will only accelerate. Everything – business, entertainment, trends, new goods, etc. is moving at breakneck speed due to digitalization. Because the service provider has the resources to provide, the customer receives what they want right away.

While the advantages and benefits of the digital age are numerous, it also has several drawbacks. One of the most severe and damaging risks it poses is that our personal information is now more vulnerable than ever. Hundreds of identity theft, money loss, and data breaches have occurred in the previous decade or so. Cyberattacks are ubiquitous, affecting everyone from individuals to businesses to government agencies. We’re approaching a period where hackers may reach their targets from anywhere in the globe at any time.

A typical cyber-attack involves adversaries or cybercriminals attempting to gain unauthorized access to, change, or destroy a target’s computer system or network. It is the systematic, planned, and deliberate use of technology to disrupt computer networks and systems to disrupt organizations and processes that rely on them.

Are AI And ML A Threat To Cyber Security?

The possibility of attackers weaponizing Artificial Intelligence (AI) and utilizing it to accelerate and spread their attacks is a big concern, given its tremendous potential. One of the most severe worries is that hackers may utilize artificial intelligence to automate large-scale cyberattacks. Our enemies are now planning and coordinating their assaults using human resources. Perhaps when they learn to utilize AI and machine learning to perform the dirty work, the landscape of cybercrime and cybersecurity will shift not for the better.

Another critical concern is that our enemies can do the same, just as we can utilize AI and machine learning to supplement our human resource shortages and reduce cybersecurity costs. The amount of money and resources needed to launch and organize such attacks will decrease, offering a bigger threat to cybersecurity at a cheaper cost to the cyber attacker.

Artificial intelligence advancements may potentially give rise to new forms of cyber-threats. AI is used to hide assaults so well that users may never realize their network or device has been compromised. AI can also exploit a system’s flaws far faster and more effectively than a human can.

Artificial Intelligence’s three primary implications for the dangerous environment are the augmentation of today’s threats and assaults, the generation of new threats, and the modification of the character of current threats.

Benefits Of AI In Cybersecurity

While the future appears grim, technological advancements have had significant implications for cybersecurity. Tools and approaches created and backed by Artificial Intelligence and Machine Learning (ML) as a subset are one such big game-changer in cybersecurity.

Artificial intelligence is no longer just a term; it is already widely employed in various sectors. AI has expedited advances in a variety of industries, including customer service, education, automation, and others. It also plays a key role in the ongoing fight against cybercrime.

The following are some of how Artificial Intelligence and Machine Learning are helping improve cybersecurity.

To defeat whatever the attackers are trying to achieve, organizations must identify a cyber-attack in advance. Machine learning is a branch of Artificial Intelligence that has shown to be highly effective in detecting cyber threats based on data analysis and recognizing a danger before it exploits a weakness in your information systems.

Machine Learning allows computers to utilize and adjust algorithms based on their data, learning from it and recognizing the necessary improvements. In terms of cybersecurity, this implies that machine learning enables a computer to predict dangers and identify anomalies considerably more precisely than a human can.

Traditional technology is overly reliant on historical data and cannot improvise the same manner that AI can. Traditional technology can’t keep up with hackers’ new methods and tactics like AI can. Furthermore, the number of cyber dangers that individuals are exposed to daily is too much for humans to handle and is best handled by AI.

When it comes to security, passwords have always been a shaky control. Let’s face it: most of us are slackers regarding passwords, frequently using the same one for several accounts, relying on the same password for years, keeping track of them neatly as a draught message on our device, and so on. They’re also frequently the only line of defense between hackers and our bank accounts.

Biometric authentication has been used to replace passwords. However, it is inconvenient and vulnerable to hacking. For example, when a facial recognition system doesn’t recognize you because of a new hairdo or because you’re wearing a hat, it might be aggravating to use. Attackers can also get around it by utilizing your Facebook or Instagram photos.

AI is being used by developers to improve biometric authentication and eradicate weaknesses, making it a more reliable system. One example is Apple’s facial recognition technology, which is utilized on its iPhone X smartphones. Face ID is a system that uses built-in infrared sensors and neural engines to process the user’s facial characteristics. By recognizing essential connections and patterns, the AI program develops a comprehensive model of the user’s face.

Apple states that tricking the AI and accessing your smartphone with a different face is a one-in-a-million possibility with this technology. The AI software design can also function in varied lighting situations and adapt for changes such as a new hairdo, facial hair growth, or wearing a hat, among other things.

Phishing is one of the most frequent cyber-attack tactics, in which hackers aim to deliver their payload via a phishing assault. Phishing emails are pretty standard; one out of every 99 emails contains a phishing attempt. Fortunately, AI-ML has the potential to help prevent and discourage phishing assaults.

More than 10,000 active phishing sources can be detected and tracked by AI-ML, which can respond and remediate considerably faster than humans. Furthermore, AI-ML scans phishing threats worldwide, and its knowledge of phishing efforts is not limited to any one geographical region. Artificial intelligence has made it possible to distinguish between a phony and an actual website rapidly.

While the idea of having AI take over completely is appealing, we must keep in mind that AI is made up of many different components and hence is quite adaptable. While AI is beneficial to cybersecurity, it is also being used by hackers for nefarious reasons. It can do exponential harm and become an even more significant threat to cybersecurity if it falls into the wrong hands.

As technology advances, adversaries are improving their assault methods, tools, and approaches to exploit individuals and organizations. Artificial Intelligence is undeniably beneficial, but it is also a double-edged sword. AI and machine learning may be used to detect and prevent assaults before they happen. As AI advances, we will see how far we can push this technology to be both a benefit and a scourge to cybersecurity and society as a whole.

So, are you prepared to secure your cyber security business? If yes, and if you’re searching for AI-based tools, contact ONPASSIVE.