How Edge Computing Can Revolutionize Industries? 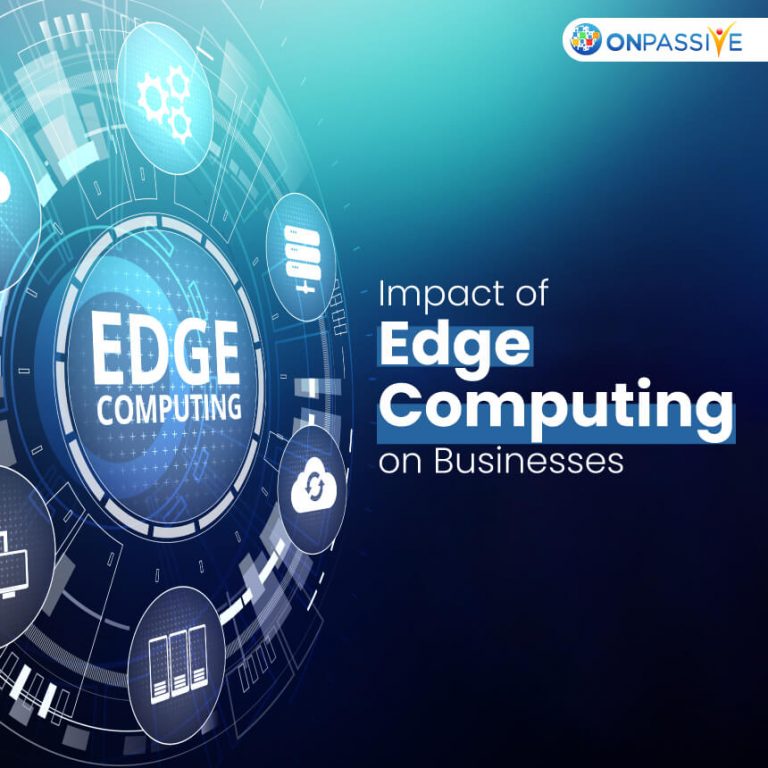 Data is the driver for the Internet of Things (IoT) in the current digital era. Massive amounts of data are collected, sent, and processed, allowing businesses to act more intelligently and faster and make better-informed decisions.

Sending all of that data to traditional cloud networks, on the other hand, can cause latency (that is, the delay before a transfer of data). Edge computing is gaining traction due to the growing need to move much of the processing closer to the IoT sensors themselves to reduce latency and increase efficiency.

What Exactly Is Edge Computing?

Rather than sending data back to a cloud or data center, computing is now done at the network’s “edge,” or periphery. Edge computing refers to a network of data centers that process and store data locally before sending it to a centralized storage facility or the cloud. It optimizes cloud computing systems to prevent data transmission and reception interruptions or slowdowns.

Edge computing allows each device, anything from a laptop to an IoT sensor to a piece of internet-connected machinery, to process some of the data locally rather than send it back to the cloud. Network latency can be reduced, and sensors can more efficiently share and receive the critical operating data that drives business operations by bringing computing power as close as possible to the device sourcing and using the data efficiency.

The Benefits of Edge Computing

The most transformative benefits of edge computing for organizations will be the lightning-fast speed and reduced latency. It takes a long time to move large amounts of data across a network. Edge computing brings computation closer to the user, resulting in faster and less cumbersome data transfer speeds.

“Data is scrutinized and analyzed at the point of production with edge computing, and only relevant data is sent to the cloud for storage.” This means that much less data is sent to the cloud, lowering bandwidth consumption; privacy and security breaches are more likely at the device’s location, making ‘hacking’ a device much more difficult; and the speed with which data interacts increases dramatically.”

Some of the notable benefits of edge computing include:

In industries where high-value assets can result in massive losses if they fail, edge computing solutions have become very popular. Edge computing’s lightning speed allows businesses to deliver reports in seconds that would have previously taken weeks.

Edge applications can benefit from the shift from in-office to work-from-anywhere models. Companies are looking into ways to provide a system for employees to access corporate systems as they move toward a remote workforce.

Few ways an edge computing solution can help a distributed team include:

IoT has found a place in the business world, primarily in manufacturing units and industries that rely heavily on connected devices. Enterprise spending on IoT systems is steadily increasing. Businesses that want to expand their computational capabilities to include IoT in their processes need a more dedicated data center.

Edge computing technology installed in the enterprise makes IoT adoption very affordable and puts almost no strain on the network’s bandwidth. Businesses that use edge computing to expand into the lucrative IoT market can do so without incurring significant infrastructure costs.

Enterprise spending on cloud solutions is increasing around the world. Employees are increasingly working from home, and more data is being stored and processed in the cloud due to the pandemic.

When data is moved closer to the network’s edge, sending it to the cloud is reduced, allowing businesses to reduce their IT costs. In addition to lowering costs, Edge computing services help companies increase revenue by providing the data transmission speed and network they need to test out new business models.

The Role Of Edge Computing In Modernizing Businesses

Companies can make continuous informed decisions with faster access to data, and adjustments to workflows and processes can be made on the fly with IoT sensors. Data that aids in automating tasks can be processed and accessed as close to the source as possible.

Thanks to edge computing’s stability and reliability, businesses can make and automate data-driven decisions. Reduced latency can aid any situation requiring immediate data analysis, such as stopping a machine before it overheats, resulting in faster overall response times.

Edge computing also can reduce computing costs for businesses and can be a cost-effective way to ensure data accuracy, speed, and quality. Companies can process data much more efficiently by only sending data over short distances and completing much of the computing in a decentralized manner.

Because raw data is managed at the network’s edge, computing power and bandwidth requirements are reduced, resulting in lower costs. The ability to process, analyze, and sort data before sending it can significantly save network and computing resources when managing massive amounts of data produced by sensors in an industrial setting.

Many businesses are unaware of the impact that edge computing can have on their operations. Edge computing can be customized to meet an organization’s specific needs, from providing real-time data analysis to reducing system failures.

It is now time for modern companies to drive innovation by adopting edge computing platforms and services to stay competitive in the post-cloud era because of its limitless breakthrough capabilities.

Will Adoption of 5G Affect Cybersecurity?

Chatbot Trends and Predictions to Know in 2023

A Comprehensive Guide To The Benefits Of Technology For Your Business

A Comprehensive Guide To The Benefits Of Technology For Your Business