How To Use Artificial Intelligence In Software Testing? 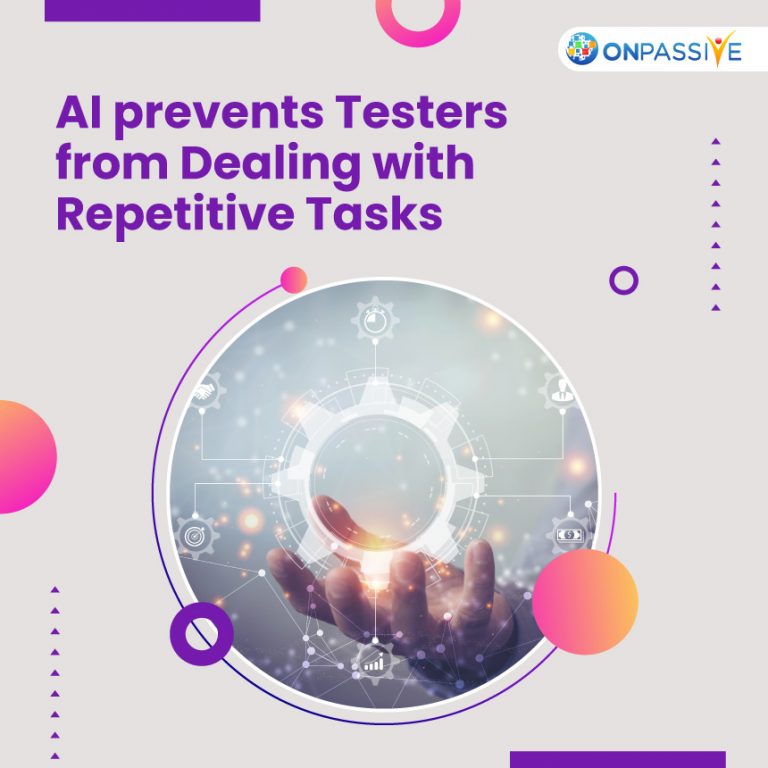 Artificial Intelligence’s growing popularity has sparked high expectations, and QA and software testing haven’t been immune to its allure. By utilizing the vast ocean of data available, AI adds fresh and creative Intelligence to everything it touches. Google, Facebook, Amazon, Microsoft, and other tech companies have invested a lot of money in AI programs. Influential voices began to speak out about how this technology will change the software development paradigm.

Artificial Intelligence indeed has excellent promise for swiftly detecting test flaws or glitches without requiring human interaction. AI attempts to decrease tedious work with more Intelligence, much as automation lowers monotonous manual work for software developers. It aims to identify solutions to problems in the future by studying historical solutions to similar problems. Software developers must be able to do their tasks continually. They are, nevertheless, familiar with AI-based automated testing technologies and utilize them to increase their productivity.

Because Artificial Intelligence will make QA tests more efficient, QA testers will transition from a software testing team to an automated testing team. With about 70% of testing becoming repeatable, AI may quickly take the area, and numerous aspects in the testing sector will alter. As a result, if software testers effectively employ AI technologies, they may significantly enhance the overall quality quotient of an item to be launched in a significantly shorter amount of time.

7 Benefits Of AI In Quality Assurance And Software Testing

Manual testing is accurate, although they are not without flaws. QA engineers sometimes overlook the probability of mistakes or defects. Test automation makes it possible to repeat a set of activities without losing track of the specifics. To complete the repeating test, the QA engineers employ automated software.

Bugs or mistakes in outdated test techniques were often overlooked for a long time. Later on, these undetected pests become a problem.AI can detect vulnerabilities in a matter of seconds. These flaws are analyzed using Artificial Intelligence. As the amount of test data increases, so does the number of mistakes or defects. AI automates operations, allowing for automatic code correction and issue tracking by software testing teams. AI analyses debugging logs for failure fingerprints and find repeat problems.

Traditional test scenarios involve a single path or selector. Thus even the most superficial changes in an app might cause testing failures in automated testing tools. As a result, such test methods are pretty strict. Artificial Intelligence and machine learning provide a very flexible testing method and knowing connections between various documentation components. Such systems are both dependable and adaptable since they can react to changes in real-time.

In QA testing, AI reduces the amount of time spent on manual tests. QA teams may readily apply their skills to assignments that are very complex and require human interpretation. E2E tests would need QA personnel and developers to make a modest effort to design, prioritize, create, and manage. As a result, release times will be shortened, and personnel will be freed to work on new products rather than testing a new version.

QA testers are skilled at discovering and resolving complex issues and demonstrating testing situations, but they are still people. Bugs can appear in testing, mainly as a result of fatigue caused by repetitive processing. AI is unaffected by duplicate testing, resulting in more consistent and accurate results. Grudges are frequently formed between QA analysts and developers, mainly due to time limitations or test results. By providing objective findings, AI/ML can eliminate human interactions that may cause delays in the testing process.

With each successively faster deployment, the need for regression testing increases that people cannot keep up. Artificial Intelligence can be used for a few laborious regression test jobs, while Machine Learning can develop test scripts. For example, if the User Interface is changed, AI/Machine Learning may scan for size, shape, color, or overlap. These would otherwise be manual tests; however, we may use AI to verify the changes that a software tester would overlook.

The high level of detail in test automation improves the software testing process. Quality assurance engineers may use AI to check memory, internal program states, file storage and content, and data tables. AI looks for patterns in the database’s behavior and compares them to the predicted outcomes. AI may perform several test cases in a single test in software testing, resulting in a complete coverage set.

Artificial Intelligence is the next big thing, but it will never be able to take the place of people. AI will carry out a variety of tests quickly. However, humans will still be in charge of the testing results, as AI can only do conclusive tests, while human testers must carry out latent and implicit testing. Working in tandem with AI, QA testers will witness the fascinating aspects of QA testing. QA engineers can transform the way we test currently by working hand-in-hand with AI.

To solve the testing team’s essential concerns, SMEs might benefit greatly from software testing employing Artificial Intelligence/ Machine Learning. While AI and machine learning are not replacing human testers, they might be a valuable addition to the testing strategy.

So, if you wish to use AI for software testing, get in touch with ONPASSIVE team to learn more about AI products for your business.