Categories
IOT (Internet Of Things)
How Will Edge AI chips Help IoT Devices to Operate Faster and Smarter in 2022? 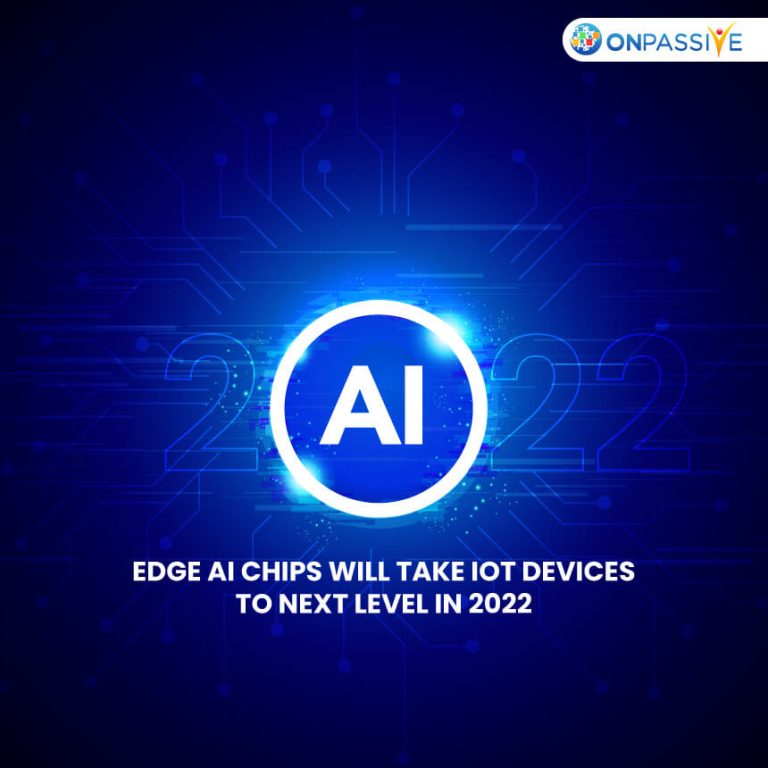 The Internet of Things is one of the most exciting new paradigms in the last ten years. It can be loosely defined as a network of intelligent things capable of automatically organizing and sharing data, resources, and information.

They can decide as well as respond to environmental changes. This extensively discussed concept aims to unify all aspects of our existence under a common infrastructure, enabling us to connect and communicate with people worldwide. Due to this, numerous “smart devices” have proliferated and been developed for use in various industries, including energy, industrial manufacturing, urban planning, healthcare, and more.

The Growing Prominence Of Edge Computing

Edge computing has grown in prominence in recent years as a quick and effective way to deliver critical sensor data to the Internet of Things (IoT) devices and AI (Artificial Intelligence) applications.

However, in order to successfully adopt these ground-breaking technologies at scale, researchers and integrated circuit manufacturers must first create new, specialized chips that can handle their computationally intensive requirements.

The use of Edge AI chips in IoT devices and AI applications have grown in popularity. This has mostly happened because edge computing has proven to be a desirable IoT option, delivering high-quality, useable sensor data quickly and efficiently.

Researchers and industry leaders are competing to create new, specialized chips that can finish computationally demanding tasks on-device in order to fully exploit this potential.

How Are Edge AI Chips Connected To The Internet Of Things?

Edge AI is one of the trendiest trends in chip technology, and it’s exploding. Edge AI chips operate on a device without any connection to the cloud since they process data at the network’s Edge.

Computations weren’t typically performed locally or on devices in the past. This was primarily because the size, cost, and notably the power consumption had to be taken into account while trying to house the AI. It could not be put into a gadget since it was simply too big (physically).

Additionally, more inexpensive, edge AI chips use less energy and generate less heat. These elements make it possible for Edge AI chips to function on mobile devices like smartphones and even be included in robots and many other IoT devices.

The function of the Edge AI chip is to reduce or eliminate the need to transport a sizable volume of data to a remote cloud server as devices with built-in Edge AI chips have been given the ability to do local processor-intensive AI computations.

Edge AI chips eliminate this requirement, increasing performance speed, security, and privacy and raising the usefulness of IoT devices to a whole new level. As a result, Edge AI chips are now an essential component of the manufacturing, transportation, healthcare, and finance sectors, to name a few. To operate more effectively every day, these industries now largely rely on Edge AI chips within their IoT devices.

How Will Edge AI Chips will Take IoT Devices to Next Level in 2022 & Beyond?

When it comes to IoT applications, Edge AI chips present a tremendous amount of potential.

Consider how a HomeCam with an Edge AI chip on board might lessen privacy threats by removing irrelevant video clips and transmitting only the crucial clips up to the cloud.

IoT devices produce a tonne of data. For instance, HomeCams worldwide produce around 2,500 petabytes of data daily. A petabyte is an extraordinarily large unit of data. According to estimates, 1 petabyte is equivalent to 20 million tall filing cabinets or 500 billion normal printed pages.

It will be expensive to send petabytes and petabytes of data to the cloud. Placement of Machine Learning processors at the Edge of the network, which may include the cameras or sensors themselves, is a workable alternative. The device can reduce bandwidth and storage requirements by processing data in real-time and removing unimportant data when Edge AI chips are integrated.

In a few situations, it is impossible to connect a device for cloud processing. Consider drones as an example. It can be challenging to keep drones connected, especially if they must operate in isolated areas. Additionally, keeping the drone connected and uploading data will substantially shorten its battery life.

Edge AI chips support devices that must operate in areas with limited connectivity by functioning offline and under severe power restrictions.

AI calculations performed at a distant data center will always have a delay of at least 1 to 2 milliseconds; at worst, it may be tens or hundreds of milliseconds. It only takes a few nanoseconds when using an Edge AI chip.

Consider autonomous automobiles as an illustration. Massive volumes of data are collected and processed by autonomous cars’ vision systems and sensors, which manage their operations. Low latency is crucial for these vehicles to perform safely when considering acceleration, turning, and braking.

Edge computing has undoubtedly established a strong foundation as an alluring solution for providing IoT devices with top-notch, valuable sensor data in a significant investment efficient way. To achieve this, however, industry leaders and scientists have been hustling to develop new, specialized chips that can complete increasingly complex AI tasks on-device.