Categories
Community
I Salute The ONPASSIVE Support Team Of India

I Salute The ONPASSIVE Support Team Of India 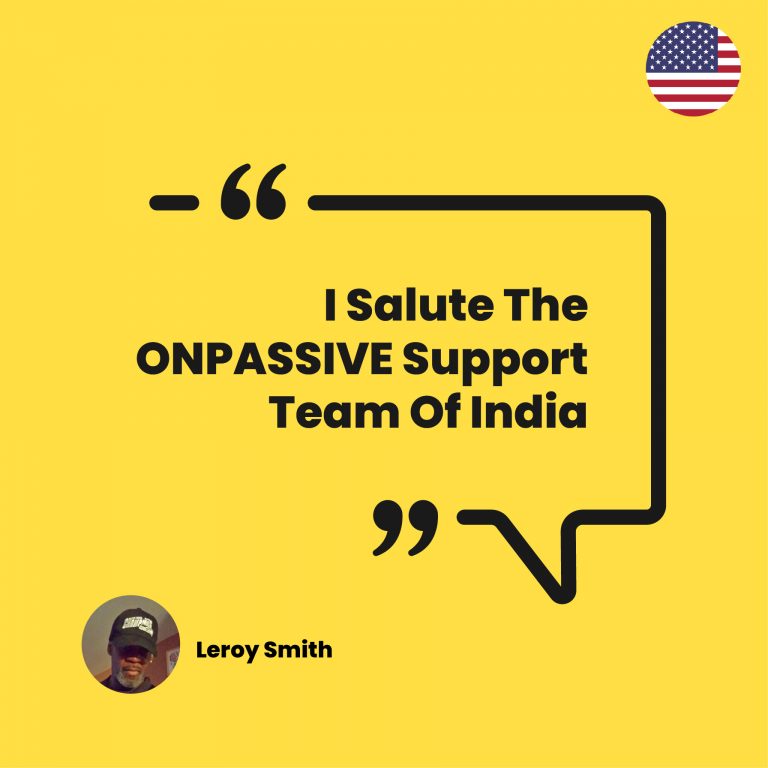 There’s an awesome group of people who have joined a great Co. That soon, I believe will be known as the greatest in the World hands down; called # ONPASSIVE.com who deserves to have dedicated awards show showcasing their team proficient skills and by giving themselves far beyond what we in today’s world would expect.

They have a global community that they give their best to, and they make you feel they try to outdo each other in giving of them to make us feel nothing is more important than every one of us, no matter what they may be going through or missing out on, they put us first. So to this Great, Great group of Humans, I Salute.

These unsung heroes don’t look for or hear applause but deserve standing ovations, and it is to you I think of (The ONPASSIVE Support Team of India). You stare down countless attacks from a virus the world hides from, but you hold Your Line without so much as a flinch to build out for a Better world for us all to not only survive in but thrive in.

Blessings to you all. You are the best Support team of any Co. In the World and Our CEO, Mr Ash Mufareh, is so proud of all that you do.

I hope this reaches you and finds you and you’re Safe. Take Your Deserved Bow.