Leading Blockchain Platforms To Know In 2022 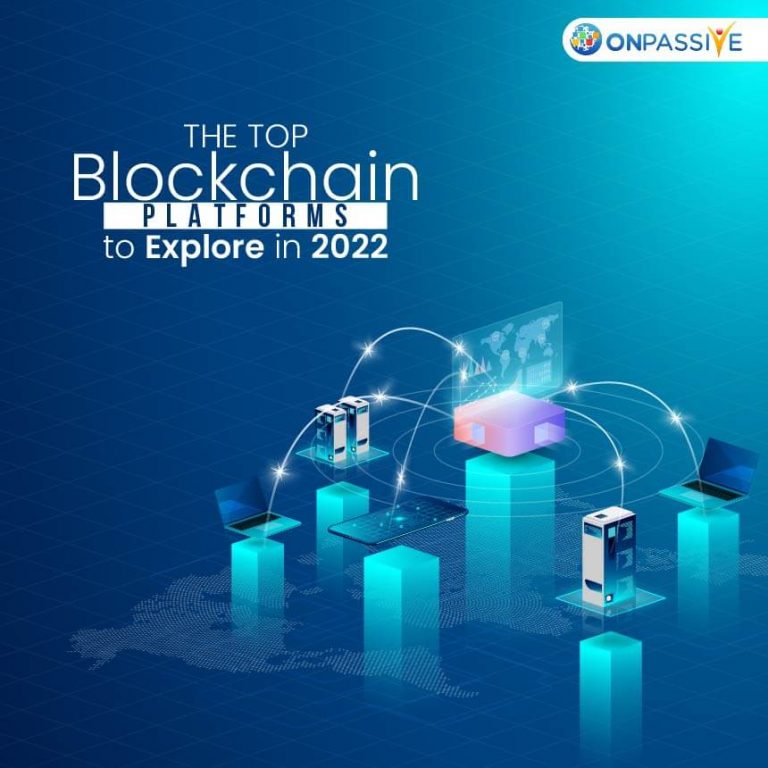 Blockchain technology has flourished since the invention of Bitcoin, bringing back numerous cryptocurrencies and blockchain platforms. Since Bitcoin is based on an older blockchain with speed and energy consumption issues, blockchain solutions for these problems have emerged.

The Most Important Blockchain Platforms To Examine In 2022

The following are some of the top blockchain platforms to look out for in 2022:

Arthur and Kathleen Breitman founded Tezos to provide the security and code accuracy needed for high-value use cases and digital assets. It is an independent, decentralized blockchain network.

Some of the key features of the Tezos platform include:

Ethereum is more than simply a blockchain; it’s a platform that powers various decentralized applications (DApps) and standalone blockchains.

Since Ethereum is one of the most well-known and advanced leading blockchain systems, it is undoubtedly the top choice for many developers. Ethereum offers NFTs the most significant exposure to the enormous and promising crypto market compared to other blockchains. However, its fundamental flaws are delayed transaction processing and comparatively expensive transaction fees.

In contrast to the well-known Ethereum blockchain, only those working in cryptocurrency are familiar with Solana. Despite launching the blockchain in 2017, SOL began trading on reputable platforms only in April 2020.

One of the quickest blockchains in the world, according to available statistics. As the blockchain with the most significant market cap using the Proof-of-Stake (PoS) technique, Solana is engaged in a battle with Cardano for the title.

Solana is not only speedy and affordable, but it is also censorship-resistant. This implies that the network will always be accessible to apps and that transactions will never halt. Additionally, transaction fees are meager, costing developers and consumers less than $0.01.

No other blockchain platform, like Bitcoin or Ethereum, can compare to Polkadot’s unique abilities. The decentralized Polkadot allows unrelated blockchains to exchange data and value directly.

Thanks to a mechanism known as parachains that uses numerous parallel blockchains, it is also designed to be scalable and quick. Through parachains, it diverts a sizable portion of the processing load off the primary blockchain.

With its native token, XRP, Ripple is a blockchain technology-based digital payment network and system. Compared to bitcoin transactions, which use more energy, take longer to process, and cost more, ripple transactions use less energy, are confirmed quickly, and are inexpensive.

Money can be sent without any issues, whether in the form of dollars, euros, yen, or cryptocurrencies like litecoin or bitcoin. Quick currency conversions between different currencies are made possible by XRP.

The Avalanche DeFi ecosystem’s medium of trade is AVAX. A utility coin that protects the network, AVAX is the native token. As explained, the token serves as cash within the network and is often utilized for transaction fees, rewards, and other purposes.

With Avalanche, most blockchain networks can deal with many of their problems. It has become the ideal option for developers looking for an Ethereum alternative because of the breakneck processing speed and low gas fee.

The stablecoin protocol supports a thriving DeFi system. Stablecoins are digital currencies backed by fiat currencies like the US dollar and are frequently utilized in DeFi lending and borrowing apps. With the Proof-of-Stake mechanism, which Terra uses, validators can validate transactions based on how many coins they own.

Terra developed TerraUSD (UST) and Luna (LUNA), its native tokens, and uses LUNA to maintain stablecoin pricing. Terra encourages trade between LUNA and stablecoins as an arbitrage strategy to decrease and raise stablecoin.

It would help if you considered your company’s needs to choose the right blockchain platform for your business.

You ought to consider the following factors before making a choice:

These elements will aid you in selecting the best blockchain platform for your company.

How Will Blockchain Revolutionize The World In 2022 And Beyond?