Artificial Intelligence & the science of Future of Language Learning? 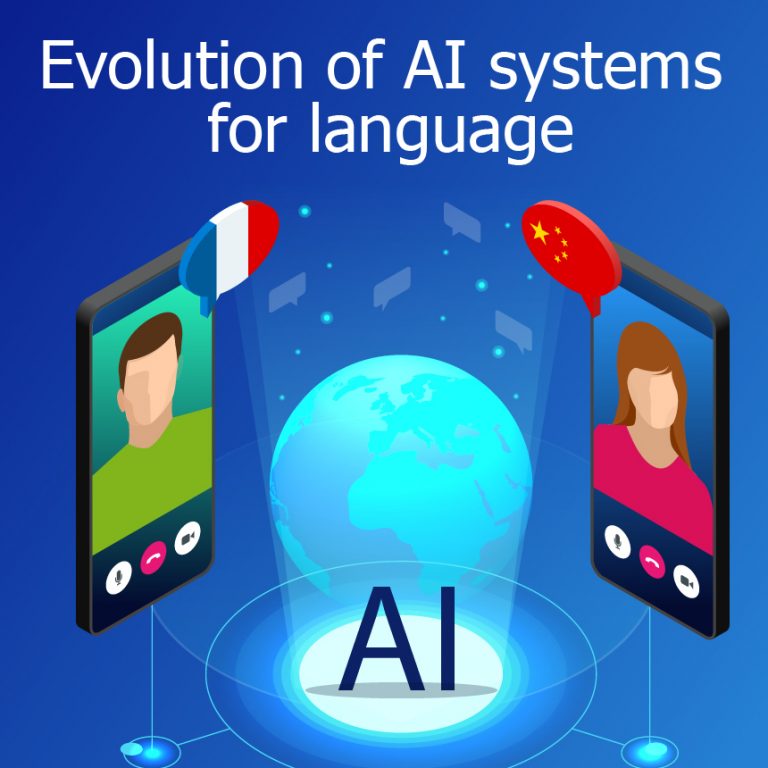 With each passing day, Artificial intelligence is becoming capable enough to tackle the future on its own without any human assistance. But then, there is one area of concern that remains AL’s biggest challenge and it is language understanding. There have been quite a few breakthroughs in the field, but it still is yet to reach its full potential.

To counter this problem, researchers and scientists came up with the Natural Language Processing (NLP) to enable AI. The NLP is devised as a technology used in aiding computers to understand the human’s natural language. But, it is not easy to teach machines to understand how we communicate. This blog could give you a simple introduction to NLP and how it can be achieved.

Natural Language Processing (NLP) is a branch of AI that deals with the interaction between computers and humans using the natural language. NLP was conceived to decipher, read, understand and make sense of the human languages for a specific purpose. It can be possible by relying on machine learning.

ONPASSIVE, the AI-powered smart business solution ecosystem has been designing an NLP tool that could support multi human languages between machines that they use. If a pattern has to be drawn between the machine and humans using NLP, it could go as follows:

Many common applications are using Natural Language Processing and they are

Lets us go back to the basic question that we started this blog with. Researchers and scientists consider NLP as a difficult problem in computer science and it is the nature of human language which compounds that difficulty for NLP.

Understanding the human natural language comprehensively requires AI, deep learning, and machine learning to understand both the words and how the concepts are connected to deliver the intended message. This is the difference between a human and an AI. Humans can effortlessly master a language but the ambiguity and imprecise characteristics of the natural language are what makes Natural language processing a challenge for machines to implement.

Wrapping up the blog, it is safe to say natural language processing indeed plays a vital role in supporting machine-human conversations and interactions. As more and more research is being carried on in this field, we can expect more breakthroughs that will give more power to the machines and enable it to be smarter at recognizing and understanding the human language. Tomorrow is a better day. And you could be using NLP techniques in enhancing the functionality of many applications you would be using.

Related: Secrets To Success For Your Startup Dream with ONPASSIVE