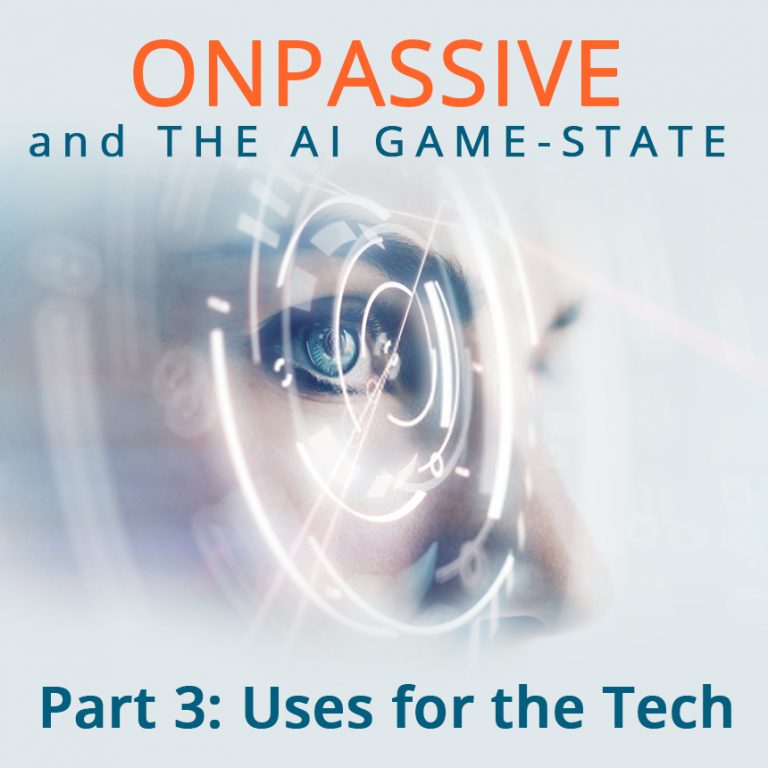 ONPASSIVE and many other companies are immersed in AI for applications that are seemingly endless and China has without doubt proven to be a “quick-study.” Here are a few examples to provide an understanding of how this new tech is being used and to

Not to mention it’s also an absolute treasure-trove of data being mined 24/7. Its facial recognition features are used to get into buildings, apartment communities, and even train stations so it users have no need for separate keycards and such. Recognition through it happens faster than unlocking an iPhone.

For instance, there’s a program running in Shenzhen, having a population about 12.5 million that was developed to discourage jaywalking. Seriously!! Offenders are shamed in public and the facial recognition is so good, the offender can be instantly fined.

And when I say instantly, I mean instantly. It’s been timed on mobile devices at less than a second. One of China’s AI-based applications for short-term loans across a mobile device takes about eight seconds.

In that time, it will render its decision and, if approved, a transfer of funding will occur immediately following the decision. This is possible through AI that accesses some 5k data features correlated to creditworthiness and used in the application.