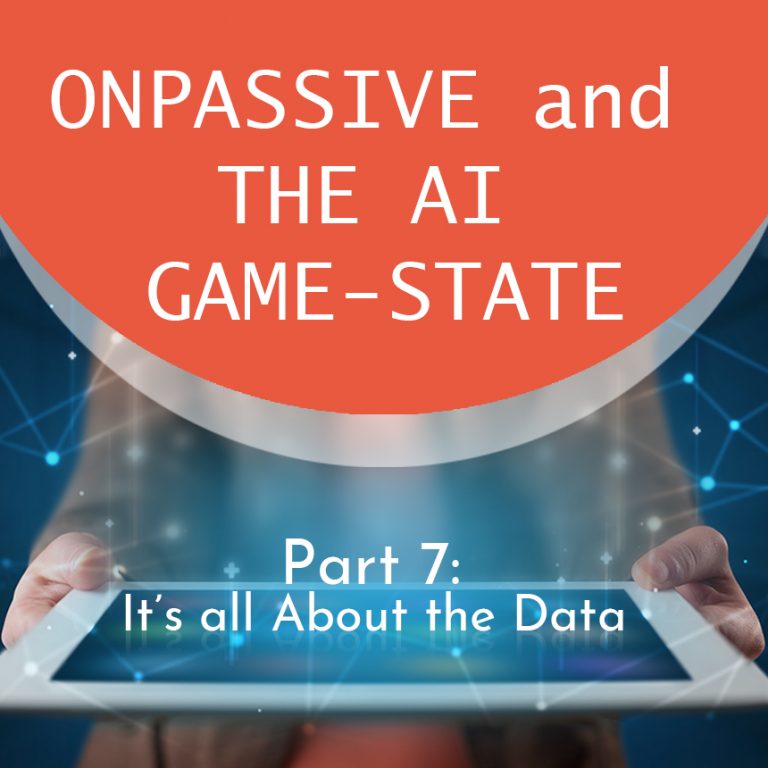 But be aware…. There’s new-age version of the future being bought and shaped to a large extent by a hand-full of enormously successful tech companies. The strategy they employ is to buy up successful, smaller companies and recruit talent.

Between the U.S and China, these companies employ a very large majority of the AI researchers and scientists. And one of the perks associated with gathering such power… besides becoming among the richest companies in the world… is enjoying membership as a new breed of company we referred to earlier as Unicorns which are valued at a billion dollars or more.

Yep, data can make that possible. Not only is the data out there, but it’s super abundant and readily available for use by AI and you can believe those apps are sucking data in by the terabytes and able to decipher, organize, and then correlate it in ways we’ve never dreamed of.

Whatever the case…it’s all about data, data, data.  The bedrock of any AI is data and acquiring that data provides a competitive advantage. And the more digital the business model is, the more data we can find there.

And we have known for years these digitally-based companies have been digging up our data with great resolve and using it to track and manipulate us where, when, and by whatever means they can.

Shoshana Zuboff, the author of “The Age of Surveillance Capitalism” says this: “You know, we came into this new world thinking that we were users of social media. It didn’t occur to us that social media was actually using us. We thought that we were searching Google; we had no idea that Google was searching us.”

Ain’t that the truth?

He said: “AI really is the ultimate tool of wealth creation.  Think about the massive data that Facebook has on user preferences and how it can very smartly target an ad that you might buy something and get a much bigger cut that a smaller company couldn’t do. Same with Google; same with Amazon. So, it’s—AI is a set of tools that helps you maximize an objective function, and that objective function initially will simply be ‘make more money’.”

Of course, entrepreneurs recognize and deploy that same strategy which, quite simply, is to offer value to the customer as a free service, i.e., like social media or search engines.

The company can then turn their AI apps loose to collect the data generated by untold millions using their products. And every sliver of that data is valuable as AI fuel and can be correlated to specific end-states goals that, as humans, we would probably never have ever thought of.

And guess what. ONPASSIVE is an Information technology Company. Yes, its primary “footprint” is massively digital.  That means acquiring, sifting, and sorting data to apply toward specific and predictable outcomes will be the powerhouse that provides the wealth for our members; our buyers and re-sellers.

And as technology advances, those data-nuances become exponentially more available because now we have the technology in “smart” speakers and those things are always listening… and not just for specific words.

Amy Webb, the Founder of Future Today Institute, seems to have a good grasp on it and said this about it:  “The more and more that you use spoken interfaces—so, smart speakers—they’re being trained not just to recognize who you are, but they’re starting to take baselines and comparing changes over time. So, does your cadence increase or decrease? Are you sneezing while you’re talking? Is your voice a little wobbly?  The purpose of doing this is to understand more about you in real time so that a system could make inferences—perhaps like, “Do you have a cold? Are you in a manic phase? Are you feeling depressed?” So that is an extraordinary amount of information that can be gleaned by you simply waking up and asking your smart speaker, “What’s the weather today?”

Having access to all that data means that the new algorithms predict behaviour at light-speed; which is exactly what we want it for.  I mean, AI can put together and arrange enormous amounts of data… much more than any human… and use it to teach itself how to predict outcomes.

Such as they are, they can transport us into a universe of vast potential that will affect, and even transform, just about every aspect of human endeavor and experience.