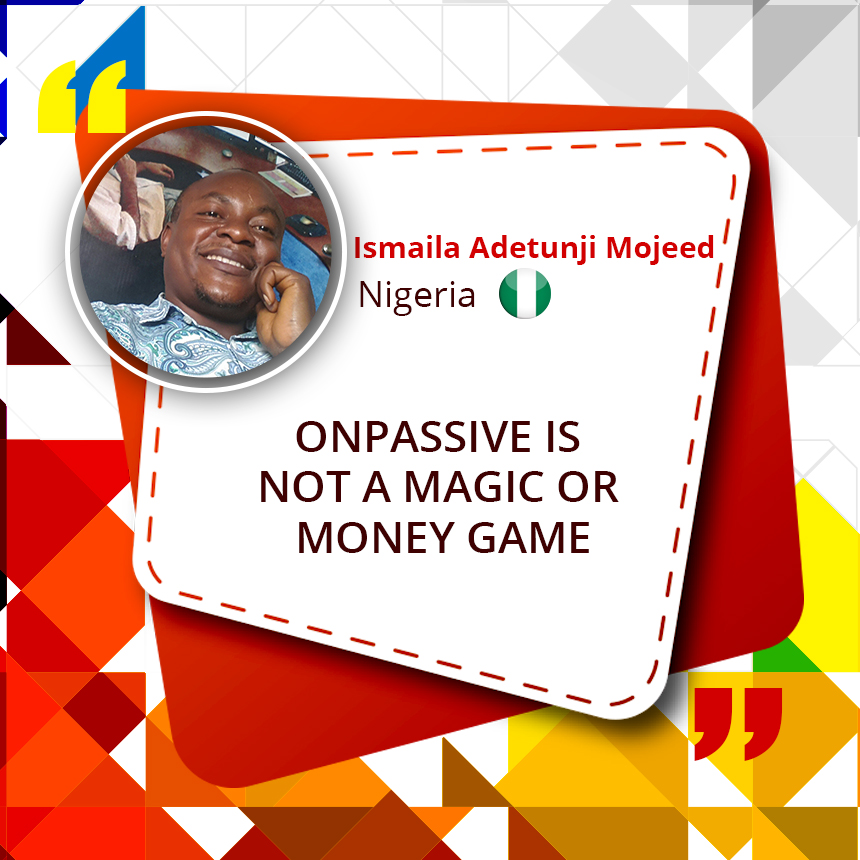 ONPASSIVE is not a magic or money game

In every industry, there are people who are doing very much the same job
but who are earning far more or far less than others? It is quite common for me to meet two people selling the same product out of the same office under the same competitive conditions to the same people at the same price, but one of them is earning up to ten times as much as others.

In preparation for launching ONPASSIVE.COM, this is an opportunity for funding members to do more work in their team to pay now and play after launching. ONPASSIVE.COM is a complete breakthrough in both online and offline business.

The clearer you are about the ONPASSIVE ECOSYSTEM, the more confident you are about achieving it, to make it in life, the more you will activate the Laws of Belief Expectation and Attraction.