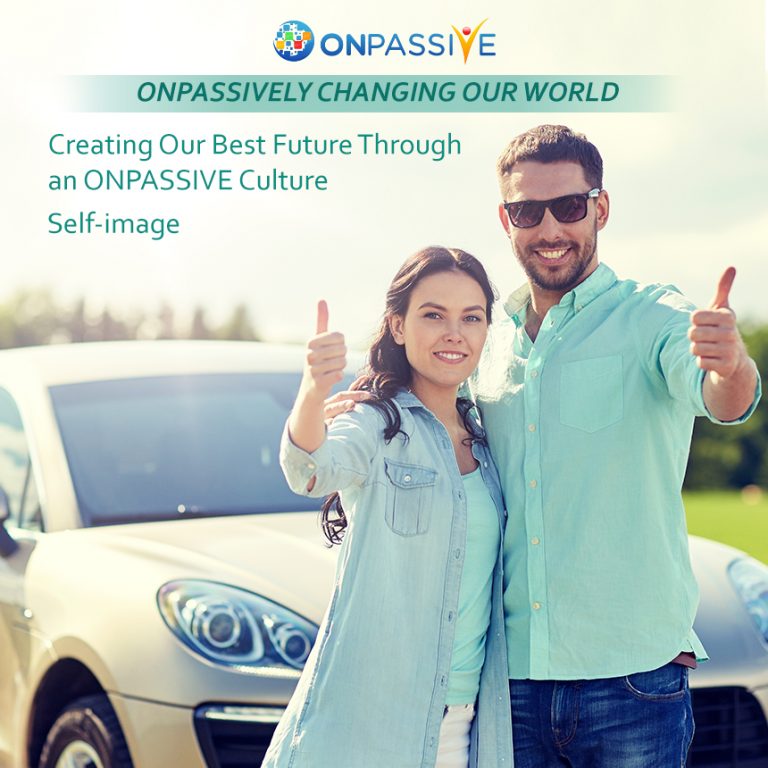 Creating Our Best Future Through an ONPASSIVE Culture

When we think of ourselves, we think in terms of what we call our self-image. This is the mental picture of who we think we are.  Now get this little nugget:  Our subconscious mind will create our life according to our mental self-image.  And that image is created through our perception of our life events. In other words, our self-image is created according to the experiences we have, things we’ve learned, and the things with which we surround ourselves. And based on those things, which [according to our subconscious] are what defines us, our subconscious mind completes the loop by demonstrating (manifesting) more of those things for us according to, and in keeping with, our self-image.  And so, it goes.   It almost seems like circular logic, doesn’t?  When there are changes in our self-image from within our subconscious mind, those changes manifest; they’re demonstrated externally in changes to our [external life and] reality.  As was said another way earlier, one of the biggest challenges we will ever face against moving our lives in the direction we want to move is demonstrating a new self-image.  I mean, seriously.  How many people do we know that go through life believing they are who they are and that’s all they’ll ever be?  I know that we are all where we are because of decisions we have made. And, of course, we all believe we are a certain way; we believe things specifically about ourselves.  And that’s absolutely fine.  But do not get caught in the trap that what you believe about yourself is a rigid, carved-in-stone, unbreakable law. It’s not.  The belief we hold, in the simplest of terms, is simply an idea.  It’s a thought we once had.  Then we had that thought again.

In fact, there is a principle in the field of neuroscience that explains it. It stipulates we had that thought so many times it became our belief because neurons in our brain “fired” together so often they became a network that now fires all at once. That thought became “hard-wired” right into in our brain. Our brain was physically altered and that alteration is that belief. That thought may have been true.  It could be true still.  But whether true or not, it just doesn’t matter when it comes to our subconscious. The thoughts we continue to think reflect who we continue to be.  But they’re only thoughts.  They’re only thoughts that became beliefs… consciously or not… and we can change them any time we want. When we no longer focus attention on a particular belief the energy required to keep that belief [network] active is used to create the new belief and the old belief [network] disappears; it’s pruned out to eventually disappear. Yes, thought can change our brains.  We can change the way see our self in every aspect of life and we can create new aspects every day.  It makes no difference at all whether we would like to change aspects of love, money, home, or health, etc.  If we will change [inwardly] how we see ourselves in relation to those aspects of our life, then our [outwardly] life is going to change. In other words, if we change the way we view ourselves in any circumstance at all, then the things associated with those circumstances will likewise change. It’s the law.