An Overview of Gig Economy 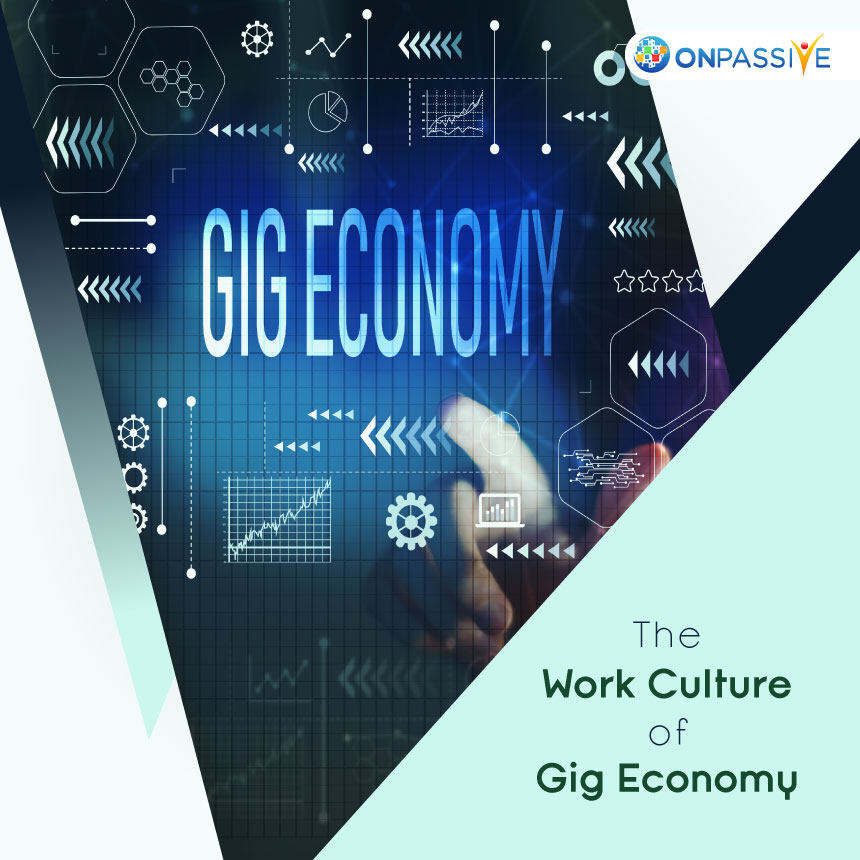 What is a Gig Economy?

A Gig economy can be defined as a free market system in which companies or organizations hire independent workers on short term commitments for temporary positions. The term ‘Gig’ refers to a job or task that lasts for a specific time. Musicians often refer to their performance at a place as taking on a Gig.

Gig workers typically work as a short term, independent or temporary contractors instead of working on an in-office, full-time job for a single company. According to a study conducted by the American Staffing Association, most Americans think of Gig Economic as a new way to describe the independent workforce.

It is mostly project-based, and Gig workers get paid for a specific task performed by them instead of getting a fixed salary.

Although the term Gig Economy is relatively new, it has been a trend in recent years. Digitalization is one factor that contributed to the decrease in the workforce as most of the work is done via digital platforms.

It is where freelancers started taking up temporary jobs for a specific time and specific projects. Employers can have the scope to select the best person that suits the project.

Gig Economy can be seen as an inclination towards flexible work. The Gig worker can work for any industry and choose a specific time or shift, and once the work is completed, he can opt to work for another organization as the next shift as next Gig.

According to his preferences, a Gig worker can have a day shift job for an organization and then choose to continue his night shift job in the next organization. In most cases, the shifts and projects chosen by them are flexible.

In Gig Economic, work is driven by factors such as skills, freedom, technology, upgradation, human capital, and additional income. Workers can maximize their revenue through Gig Economy and offers flexibility which is not found in traditional jobs. Maintaining a work-life balance is a crucial factor for Gig workers.

The most common Gig Economy jobs preferred by Gig workers

As Gig economy’s nature has the flexibility to work on several temporary jobs, there are multiple positions from several industries that hire Gig workers. Some of the Gig Jobs include:

Many common industries are hiring Gig workers to take up several projects according to their company’s requirements.

Benefits and perks of Gig Economy

The most obvious advantage and a perk of Gig work is the flexibility to choose when and where you want to work according to your preferences and tastes. Businesses can save their resources in terms of office space, training and benefits. The gig economy can improve work-life balance for freelancers by selecting the jobs they are interested in.

Besides providing workers with additional income and freedom, the whole Gig economy model also works as a test drive for a new career or a new job. Gig Economic allows the gig workers to explore various positions they are passionate about without losing their primary income source.

The future of Gig Economy

With digitalization growth, many digital platforms provide the scope for large-scale marketing and allow many independent Gig workers to connect with buyers and services. With the Gig economy model, there is a drastic shift in business culture. A large section of the unemployed population can choose work according to their skills and are opting to be employed as Gig workers. Businesses are also benefited to select people with unique skill-sets for short term projects. Gig economy acts as proof to show that independent work will grow in future.

In this digital era, many firms are shrinking in size, giving rise to start-ups. Many start-up companies primarily focus on hiring workers on a contractual basis to get the tasks done for the time being. Due to rapid technological developments, Gig economy is expanding from less-skilled services to more skilled jobs.

I am very Proud to be a Founder in ONPASSIVE!

How to Choose the Correct HRMS for your Company