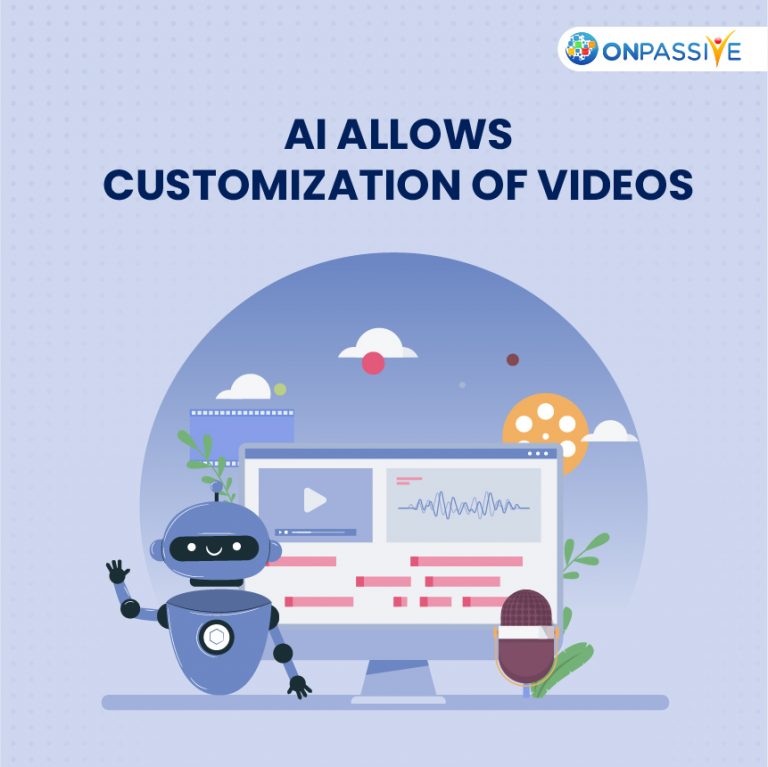 Artificial intelligence (AI) has grown vastly and now is being used in the creation of informative videos which has an impact on enterprises. Users can now film and edit videos using Artificial Intelligence. It also attracts a large number of job openings in the field.

Because of its capacities to sense, reason, act, and adapt, AI has become one of the most essential technologies and the most in-demand tool for the video creation market, as well as the popularity of automation in many business processes.

Many startups have made investments in AI-Based Video Creation as their primary goal. Adoption and implementation of AI in various video delivery platforms, such as Netflix and YouTube, are examples. Both firms have invested in artificial intelligence in order to make watching videos more enjoyable and innovative.

AI allows robots to learn from their mistakes, recognise new inputs and patterns, and carry out human-like jobs. Robotics, machine learning, and the development of self-driving vehicles all fall under the umbrella of AI.

Let’s understand what is Video Editing.

The process of putting together video clips, visuals, and sounds to make a movie is known as video editing. Nowadays, this is frequently done on a computer using non-linear editors, or NLEs, which is a fancy video editing tool. All this implies is that you may watch, clip, and arrange digital video in any order you want without having to watch it all at once. Editors had to cut up the film with a razor blade and connect the fragments end to end to form a movie when movies were edited on film. That’s why editing is also known as trimming. In reality, much of the jargon used in video editing has been carried over from the days of film cutting.

Use of AI-Based Video Creation

Many components of the production and distribution processes have been handled by artificial intelligence. It can now film, edit, choose and share clips on the internet. AI also enables the creation of more personalised or tailored movies, which increases engagement. Check out few ways in which AI is used.

Drone-assisted automatic filming is now possible thanks to artificial intelligence. Drones can retain the subject in the frame while hovering or avoiding obstacles while flying. It can accomplish this without the need for human intervention or instructions.

There are drones that can recognise and react to gestures, track and video subjects, and choose the best path back to base. Other sorts of cameras will soon use this technology as well.

The DJI Phantom 4 Pro drone is an example of a popular drone. Multidirectional sensors to avoid obstructions and multiple flight modes with varying levels of automation are among the notable characteristics it offers.

SoloShot is another forthcoming solution that is totally automated. It necessitates the carrying of a small gadget that allows the camera to focus just on the subject and maintain them in the frame. In the following years, this technology will also improve and evolve, and it will be utilised for a variety of purposes, including keeping players focused.

Video editing is now possible thanks to artificial intelligence. Without human assistance, a camera may now operate on its own. Cameras may now pick out key moments and alter the footage accordingly. GoPro’s Quikstories smartphone app, for example, can instantly produce an edited and shareable video, while SoloShot provides automated editing capabilities.

If you are looking for an AI built video editing tool, then O-Capture from ONPASSIVE is an idle choice. O-Capture has various features which will help to polish video content and give flawless output.

AI is also keeping track of how videos are shared on the internet. As video advertising has a greater impact on customer reach, brands are gravitating toward it.

On sites like YouTube, we frequently find problematic video content. This type of problem is currently being addressed using AI or Machine Learning, which allows for video analysis. This will also protect the brand.

To sum up, Artificial intelligence’s ramifications have aided several organisations by making video production faster and easier. This, in turn, aids in cost reduction.

Automatic editing of recordings from a company event or automated tracking of a roaming speaker at a conference is two examples.

Video editors and production teams are benefiting from this technology as well. It allows professionals to concentrate more on aesthetic qualities than editing, which many believe to be a tedious and mechanical chore.

Though Artificial Intelligence’s capabilities are extremely valuable, this does not imply that these technologies can replace human effort or sensitivities. These approaches clearly to assist us greatly, but the final result is in our hands. Contact us, to switch to AI-powered tools.