The AI Revolution: Our Immortality or Extinction – Part 2 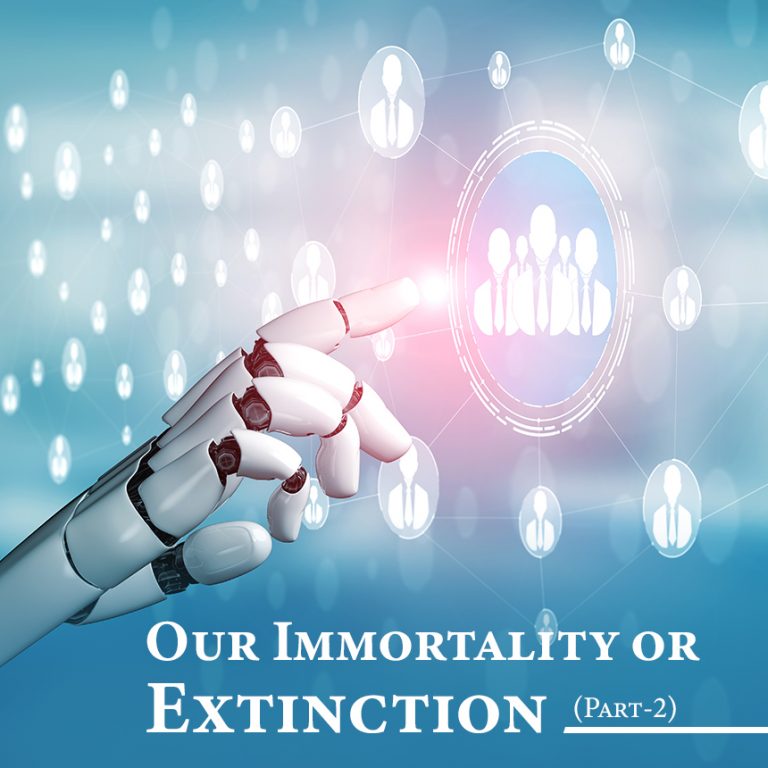 Experts in AI are more focused on the boundless vast power of superintelligence because, let’s be honest, at a certain point of time AI will become more intelligent than humans. Several people think Artificial superintelligence will be great for humanity. ASI could revolutionize almost all the sectors including transport and find a way to cure world hunger and possibly reverse ageing.

Related: The AI Revolution: Our Immortality or Extinction – Part 1

But Artificial Super Intelligence might also be very dreadful for humanity, like in the movies when the robots become evil and kill everyone. However, evil is a human concept, and implementing human concepts to non-human things is called ‘anthropomorphizing’ as explained in – Wait But Why.

Therefore, several experts aren’t worried about ASI turning evil, and they’re not particularly bothered about someone building AI designed to kill humans and the AI becoming super intelligent and killing all of humanity.

Once an algorithm attains the level of Artificial Super Intelligence (ASI), any human attempt to stop it would be impossible. We would be thinking on the human-level, and the ASI would be working on ASI-level.

Given the situation of obsessing over a goal, amorality, and the power to outsmart humans easily, it seems that almost any form of AI will default to Unfriendly AI unless carefully programmed in the first place with this in mind. Unfortunately, creating one that stays friendly when it comes to ASI is highly challenging, if not impossible.

If we program an AI to do things that smile after its takeoff, it may lead to paralyzing our facial muscles into permanent smiles. Teach it to keep us safe. It may keep us locked up at home.

If everybody is focusing on developing AI reaches the ASI takeoff before the science of AI safety is established, an Unfriendly ASI is likely to emerge, and we’d all be treated as an existential catastrophe.

Today all the efforts in the field of AI are going into developing innovative AI technologies rather than finding ways to make AI Revolution safe.

People who believe in the possibility of superintelligent AI call it the last invention humans will ever make, the last challenge we would face along the way.

We as humans have a chance to be and gave all future humans the gift of life, and maybe even the gift of everlasting life. Or we’ll be the generation responsible for destroying the others.

Letting this incredibly evolved species, with its music and art, its concerns and its gestures and its endless innovation, come to a sad and disturbing end.

So the jury is still out on whether artificial intelligence would lead humans to immortality or extinction. The short answer we could give is that an ASI system would be both amoral and obsessed with performing its original coding goal.

With the rise of automated machine learning, deep learning, and – best of all – real-time applications of these technologies, all of which have paved a way for businesses to implement the leverage the power of AI in their processes. Keep an eye on these trends to implement AI in your business. Join ONPASSIVE now!