Categories
ONPASSIVE
The Best Facial Recognition Apps And Software For 2022

The Best Facial Recognition Apps And Software For 2022 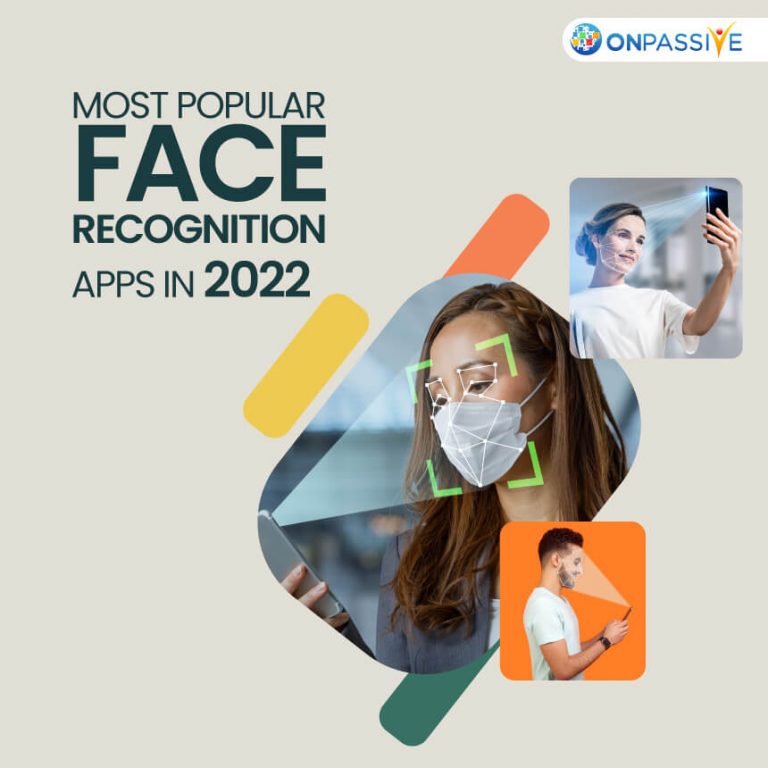 Deep learning and AI have advanced significantly, and face recognition software is now commonplace. This biometric technology, which may be used to unlock devices and identify criminals, is constantly being discussed in research and business. Thanks to the “selfie culture,” it still frequently appears in the most critical technology portion.

While major corporations like Google are working extremely hard to integrate this technology into commonplace applications, Android smartphones still don’t typically come with it as a standard feature. However, this field has been improved, aside from the security perspective, with applications like Google Photos – A face scanner software to identify family members’ faces.

The advancement of artificial intelligence has received encouraging feedback from users of facial recognition software. Companies typically employ face recognition apps as part of their security. Numerous businesses worldwide have created similar apps to take advantage of this chance.

Although most premium Android phones come with facial recognition as a standard security feature, countless apps can take this capability even further. This blog post discusses a ranking of the top facial recognition applications that one should think about including in their Android app.

What Is A Facial Recognition system?

Through technology, facial recognition can identify the traits of a human face. For mapping facial traits from images or videos, it leverages biometric features. It compares the information with a database of recognized and saved faces and identifies matches. An app that recognizes faces can be used to confirm someone’s identification.

The face recognition app would have seemed too fantastic to be true a few decades ago. It is now a reality, and as technology advances, it keeps improving.

Users of face recognition mobile apps have the option to protect themselves from unauthorized visitors. Previously, it was simple to sneak into mobile phones, but now that they use face recognition technology, it is more complicated.

Facial recognition can be used to detect patients with hereditary diseases, reduce the number of erroneous arrests, and for various other purposes, including security at ATMs, in enterprises, by law enforcement, etc. The technology is used to deter crime and is also capable of monitoring people, identifying thrives, and many other things.

Cities may be made safer and more productive in a variety of ways with facial recognition technology.

Face recognition is helpful for more than just security; it aids in patient diagnosis, malware defense, and criminal detection. Airports from different nations use this technology to quickly identify a person in the event of any illegal behavior. Similarly, businesses permit staff to use this technology to visit restricted areas such as premises or unique destinations.

The biometrics market was valued at $36.6 billion in 2020 and is anticipated to grow to a staggering $68.6 billion by 2027. The market will double in less than ten years, demonstrating this sector’s current and future importance. Ongoing research is being done to advance this technology.

Facial recognition software is significant in terms of user experience since it gives users a feeling of security. Nowadays, most cell phones have face recognition technology built in, which is used to unlock the phone and any applications on it quickly.

Most Popular Face Recognition Apps In 2022

The first thing you should be aware of is the wide range of facial recognition software available. Some don’t require Machine Learning experience to utilize, while others require a lot more time and knowledge.

The following are some of the top facial recognition apps of 2022:

In the world of face recognition apps, Luxand is a game-changer. The organization is well-versed in creating high-quality apps, as evidenced by the number of apps they have produced. Due to its diverse uses, Luxand is utilized by several people. This app’s surveillance function is its primary goal.

Organizations and institutions use time Dynamo as attendance software. This software uses biometric technologies to identify users. Along with other information, the tool allows users to record the time employees check in and out. Employers can evaluate employees’ performance using the data kept in Time Dynamo. This software requires that data be routinely entered.

The following are some of the critical features of Time Dynamo:

One of the top facial recognition apps for Android is called Applock. It is pretty challenging to beat in terms of security. It can limit access for others to safeguard your personal information. You can protect your private data, account information, and other apps. Both facial and voice recognition is supported by Applock, which makes it simple to access your mobile device.

The following are some of the notable features of Applock:

Although many celebrity face recognition software is available, this one is well known for its engaging interface and intriguing capabilities. You can discover what your appearance will be when you’re older. You can experiment with various backdrops and lenses. After users began utilizing the included aging lens, FaceApp became quite well-known.

Law enforcement and transportation hubs are the primary users of FaceFirst because they can recognize people at a distance. It features a complicated user interface, making it challenging for average users to utilize. The database of the program makes facial recognition simple. Real-time notifications and emails are also included.

The following are some of the key Face First features: