Categories
ONPASSIVE
What Are The Best Security Practices For Removable Media And Devices?

What Are The Best Security Practices For Removable Media And Devices? 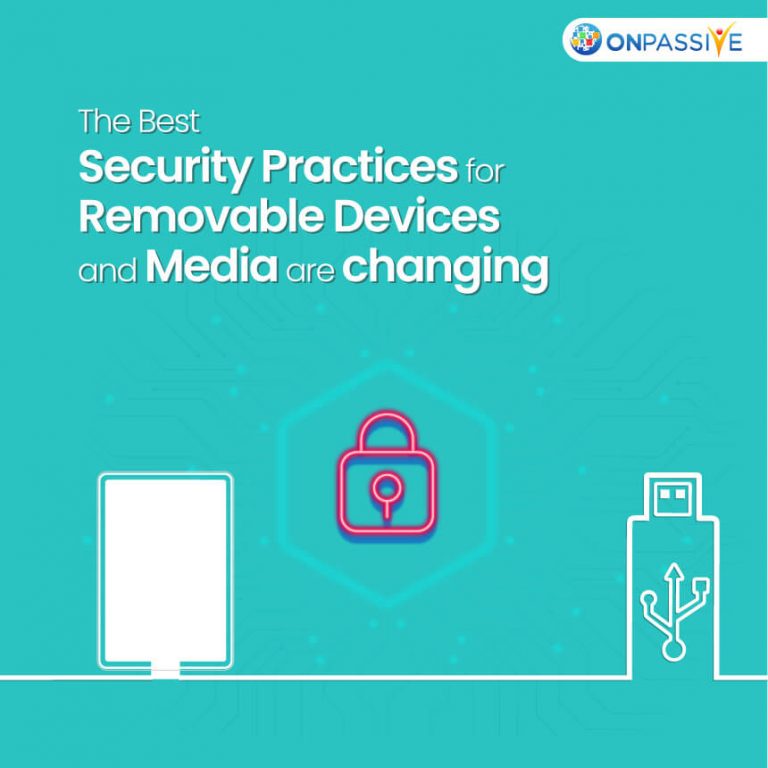 Many individuals are unaware of the growing threat physical devices provide to connected devices and the networks to which they are connected. Most know the risks of downloading files from dubious websites or opening email attachments. Computer malware is typically spread by downloading and running unexpected files, and many companies utilize strict filters to stop these dangers at the source.

Plugging a device into another computer can let malware on that device spread over connected networks and compromise other people’s files. This is true of USB drives, mobile phones, and personal laptops. Continue reading to learn more about these “removable devices,” what you can do to stop viruses and other malware from spreading, and how to protect your data and reputation.

What Are Removable Devices?

Portable hardware includes things like removable storage and gadgets. Because of their portability and expanding capacity, these are frequently used to store and transport files, including documents, images, videos, and even software. The most typical type is a USB drive, but external hard drives, SD cards, and CF cards are good examples.

Even though the use of removable media and devices has decreased due to online storage, they are still a widespread and inexpensive way to distribute files, especially in places where internet upload speeds are still slow. They are instrumental since various devices can accept them, including Macs and PCs with SD, CF, and USB interfaces.

Mobile phones, while not generally categorized as detachable gadgets, are increasingly included in this category. Mobile phones are increasingly used to store and send files to desktops and laptops due to their large internal capacity, the potential for work applications, and the ability to connect with computers via wired or wireless connections.

What Risks Can Removable Gadgets Pose?

It is necessary to understand how networks work to comprehend why detachable devices are risky. The fundamental concept is the same whether wired or wireless: all devices are connected, directly or indirectly, and can view and exchange each other’s contents. Local area networks (LANs) are generally used by businesses to connect computers and other devices.

There will typically be a variety of safeguards to stop unauthorized access attempts and the distribution of hazardous files. Filters and antivirus programmes examine or block files, preventing them from being downloaded or processed if they are regarded as dangerous, whilst firewalls stop unauthorized users from connecting with a network—all of these guard against tampering with the device and any associated devices.

These safeguards frequently do not apply to detachable devices. Any malicious files hiding on a USB drive, memory card, or other removable media could instantly run and infect the device you have connected if you attach that removable media to a networked device. From there, they can spread throughout the network, infecting any device attached and potentially corrupting or deleting files.

By transmitting malware this way, you could:

Every employee should be taught this straightforward cybersecurity best practice: only plug or insert portable devices and media into your computer if you know and trust the source.

One of the most typical social engineering tricks is a USB device with a virus. This USB device is abandoned by the online criminal in a building’s lobby, parking lot, or other nearby location. Assuming that it was accidentally dropped, an employee passing by will probably see it and pick it up.

The staff might next plug the object into their computer to learn more about its owner. However, as soon as the USB device is connected to the computer, the malware on it might spread across the system, opening a backdoor for the owner to access the network or directly compromising the computer’s software and information.

You may safeguard the integrity and security of the data on your portable devices by taking a few quick security precautions:

The Prevention Of Malware Spreading Through Removable Media

Here is what you should do they help prevent the spread of malware through removable devices:

The easiest and most undetectable way for hackers to steal private information from a company is through USB sticks. Removable media, such as a flash drive, might be risky since the virus can get over the security measures set up at the network perimeter. There is a chance that a computer could get infected each time a removable media device is utilized.

Given the prevalence of best security practices in modern life, all users and top executives within a business must know the steps they can take to safeguard the organization and themselves against malware and viruses.