The Impact Of IoT On Mobile App Development 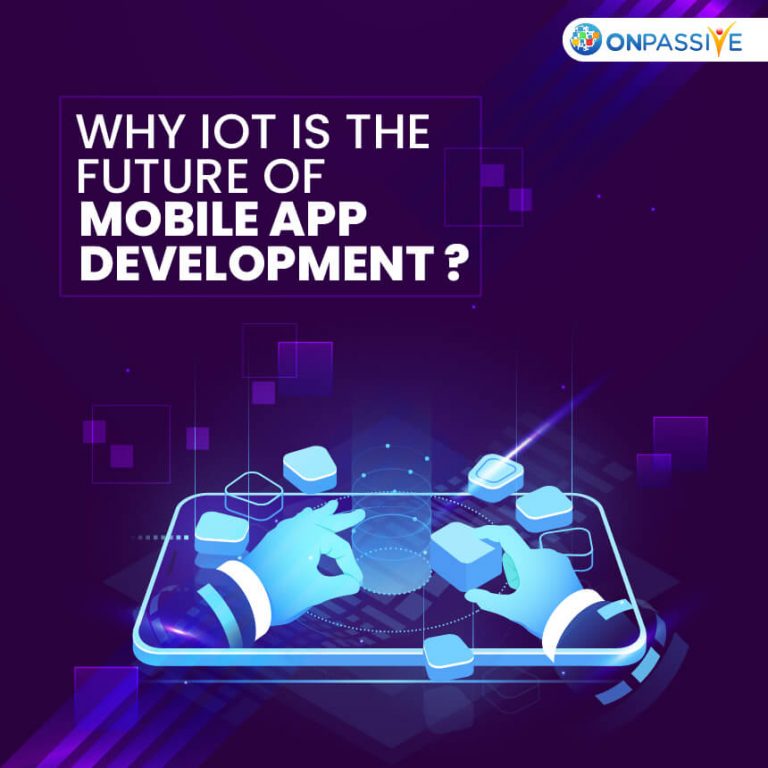 The Internet of Things, or IoT, is one of the most influential technologies in the technology industry. IoT is defined as a network of interconnected devices that share data to improve the efficiency of their functions and provide intuitive service to customers.

The Internet of Things (IoT) has become increasingly important in modern life in the 20th century. Data collected through a network of high-end sensors is used to power the technology. This information is gathered from both machines and people. As a result, using the services of a mobile app development company has become the norm for businesses today in order to ensure that their mobile applications fully exploit the potential of IoT.

Mobile app development has become critical for businesses all over the world. It has increased the use of smartphones and other smart devices. Clients can use dedicated mobile apps to access various services, including customized services.

As a result, businesses prioritize generating client interest by providing them with engaging and interactive mobile applications.

Why IoT Is The Future Of Mobile App Development?

The following are a few top reasons why IoT is one of the most promising mobile app trends:

This may become one of the most popular trends in the future. Gadgets will no longer be connected via traditional methods such as Wi-Fi, cellular, or Bluetooth in the IoT era. Developers of mobile apps must now consider how their apps will connect to the Internet of Things on their own.

These applications, in turn, require integration with a getaway. Developers have introduced this concept because everything in IoT technology requires a specific connection protocol. However, this is not always the most straightforward path to take.

One of the major IoT trends for 2021 is open source development. Since the introduction of open-source development, leaders in the app development industry have wanted to share more programs digitally. As a result, IoT integration in mobile app frameworks will provide developers with such programs, making it easier to create an app.

Another advantage of open-source mobile app development is its transparency throughout the development process. This makes it easier for businesses and developers to collaborate on high-end mobile apps.

The Internet of Things (IoT) can undoubtedly enhance the interactivity and usability of mobile apps. Additionally, this technology has advanced customization capabilities. As a result, your app will be updated with IoT functionality and other essential features.

IoT technology allows enterprise mobile apps to be easily personalized. Because when app developers create apps for their businesses, they can easily meet the needs of connected devices. In addition, IoT will create futuristic and feature-rich mobile applications that will help you stay ahead of the competition.

Basic native mobile applications are designed to run on a specific platform, which is not an acceptable condition for IoT applications. Hybrid applications, on the other hand, have seen a surge in popularity due to their ability to run on a variety of devices and platforms.

This has changed how mobile app developers can focus on creating a better user experience and leveraging IoT to help users interact appropriately with all multi-platform devices.

Because of the Internet of Things (IoT), app developers can now use various advanced coding methods. This has also aided businesses in obtaining client data from multiple devices and platforms with minimal effort.

IoT is one of the most valuable assets of hybrid apps, and hybrid app development is the way of the future for mobile apps. As a result, IoT will become a major player in the mobile app industry in the future.

The IoT is probably still adjusting to mobile app development. On the other hand, they must prepare for a wide range of IoT devices and begin developing products that they can personalize across various virtual and physical devices.

Furthermore, IoT app developers and merchandise teams should collaborate for successful projects. As a result, changing the way mobile app development is done to make it appear as if AI will protect all IoT devices for automated learning procedures should be adjusted for complete lifecycle support.

Interactivity among all connected devices is a benefit of IoT technology. As a result, without putting in extra effort during the app development process, it is possible to add some fantastic features to apps. As a result, IoT-enabled applications ensure a better experience and functionality with the same amount of effort from app creators.

Using the benefits of modern digital tools and technologies like IoT and enterprise mobile apps can improve the efficiency and productivity of a complex business process. Furthermore, you can control the entire IoT network from your office space. If app development agencies can get it right, the future of mobile app development will undoubtedly bring better solutions.