Top AI Myths And Its Realities 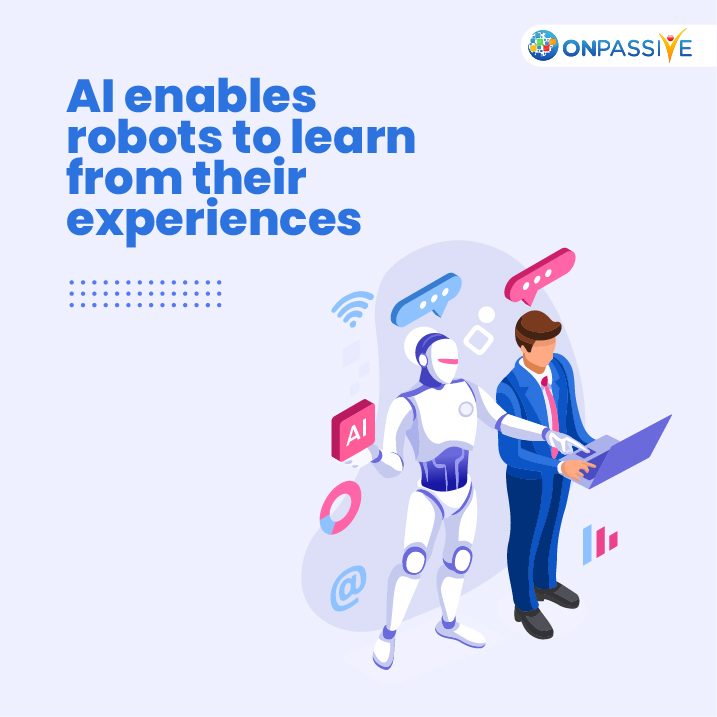 Few topics in science and technology have sparked as much interest as artificial intelligence, which has the potential to revolutionize all areas of our life, according to some of the world’s greatest thinkers.

Artificial intelligence (AI) can have a significant influence on organizations and consumers all over the world. It’s no longer only about codifying business logic; it’s also about making jobs simple, creative, and free of struggle in people’s lives.

AI enables robots to learn from their experiences, perform human-like tasks, and adapt to new inputs. The approach works by combining large amounts of data with fast, clever algorithms and repetitive processing, allowing the program to interpret patterns in the data automatically.

Behind every artificial solution, there is science and a well-thought-out algorithm, and correct expectations and clarity are required to avoid AI myths and misconceptions about the outputs.

While AI is becoming an increasingly important part of corporate and consumer changes, several misunderstandings hampered its implementation.

AI Myths 1: AI algorithms can miraculously decipher all of your messy data.

Artificial intelligence in Reality: AI isn’t a “plug-and-play” system, and the data’s quality is more essential than the algorithm.

Data is the most crucial input for an AI tool, not just any data but the correct data. Data is particular to a collection of use cases and an area of knowledge relevant to the problem being handled. Many in the technology sector incorrectly believe that an AI solution can be aimed at data and that solid machine learning algorithms will respond correctly. I’ve seen the term “load and go” used to describe how “all” data gets absorbed into the system.

The issue with this strategy is the vast amount of explicit and codified corporate knowledge. AI can’t understand data that is too wide or hasn’t been handled so that the system can understand. When IBM was building Watson for Jeopardy, they discovered that loading some knowledge sources had a detrimental influence on performance.

An AI system requires knowledge and material that has been appropriately selected and is of high quality, rather than simply ingesting everything and everything. No matter what system you choose, insufficient data produces terrible outcomes. A program is an algorithm, and programs require excellent data. When a system uses “machine learning,” it arrives at an answer through continual approximations and then “learns” the optimal method to get there by adjusting how it analyses the input. The algorithm is less essential than having the correct data.

Some AI applications require Ph.D. and computational linguists to perform the hard lifting; nevertheless, many AI-based software solutions are becoming more accessible to business users. At one end of the scale, AI technology necessitates extensive knowledge of programming languages and complex methodologies. Most businesses will choose to use commercial apps built on top of technologies provided by Google, Apple, Amazon, Facebook, and other well-funded enterprises.

Amazon’s Alexa, for example, has already addressed the difficult challenge of speaker-independent voice recognition and noise cancellation technologies, allowing voice commands to be used in less-than-ideal situations (i.e., noisy rooms with poor acoustics). The challenge of creating a speech interface for a commercial application becomes easier (though not straightforward) to tackle. The business benefit is addressing application components with current AI tools and customizing those components to the firm’s unique needs. This method needs less data science skills and a greater understanding of fundamental business operations and requirements.

AI Myths 3: “Cognitive AI” technology can comprehend and solve new issues in the same manner as the human brain can.

Artificial intelligence in Reality: “Cognitive” technology cannot address issues for which they were not built.

So-called “cognitive” technologies can handle issues that need human interpretation and judgment but can’t be solved using traditional programming techniques. The use of ambiguous language, picture recognition, and the execution of complicated activities where specific circumstances and outcomes are not predictable are all examples of these issues.

The first example may be determining the correct definition of “stock” based on its use in a specific context, such as what a merchant maintains on hand or the financial instrument that a financial adviser advises. The system can discern between the two meanings by understanding the proper usage from phrase syntax, usage, and other contextual signals using ontologies, which describe connections among distinct parts. The second example is recognizing people, animals, or other pictures altering lighting, environment, or physical location. Navigating a physical place under changing conditions, such as in self-driving vehicles, is an example of the third.

In the end, you should believe in AI rather than myths. It’s just part of how humans use tools and technology as they evolve. Your company should keep blocking and tackling basic customer service while also looking at new ways to make call center procedures more efficient and successful. AI-enabled digital employees arrive—and they’re already at work for you, thanks to current AI-enabled technology. The next step is to take that enhancement to the next level.

So, if you wish to switch to an AI for your business, contact ONPASSIVE.