Top Cloud Programming Languages To Lookout For in 2022 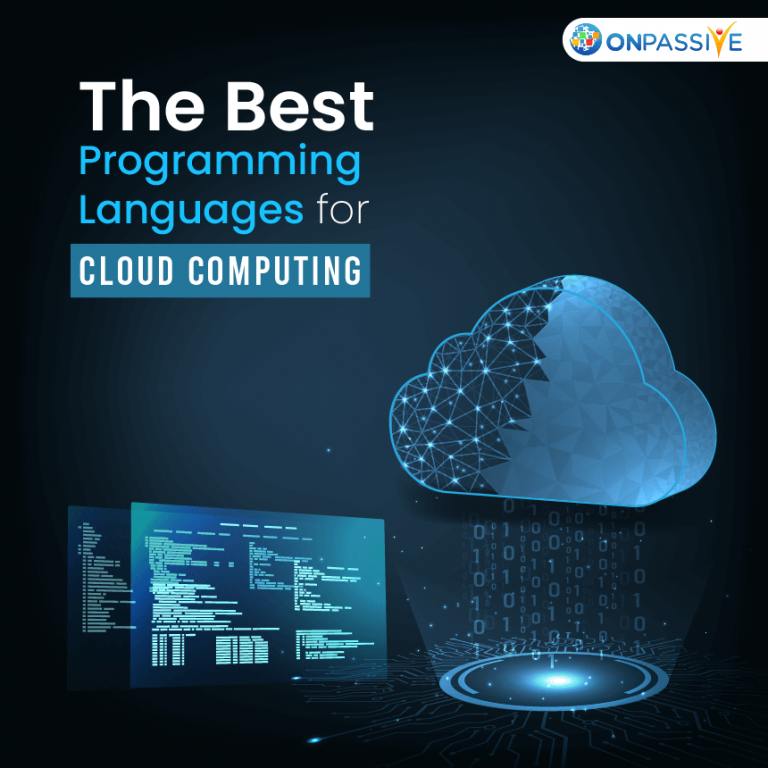 One of the critical technologies dominating the market with various computing services is cloud computing. It provides, to mention a few, storage, databases, software, analysis, networks, intelligence, etc.

What Exactly Is Cloud Computing?

Cloud computing is the term that describes the internet-based delivery of computing services. Users can access services and data on the cloud from anywhere in the world. Software as a Service (SaaS), Platform as a Service (PaaS), and Infrastructure as a Service (IaaS) are just a few applications for the cloud.

A business can use the cloud computing paradigm of operation by using shared computer resources, including servers, storage, networks, apps, and other cloud services. The user can use and manage all resources without further help from the cloud provider.

Role Of Programming Languages In the Cloud

The terms “Cloud Computing” and other phrases like “Software as a Service” (SaaS) and “Platforms as a Service” (PaaS) are frequently used interchangeably. Even though these are all distinct strategies for distributing software or programs, they may all be grouped into one of three groups:

The goal is to boost innovation, have adaptable resources, and achieve economies of scale, all affecting the experts’ employability.

However, specialists may utilize programming languages to increase productivity, improve security, reduce development costs, increase speed, etc. can make this achievable. The need for cloud engineers and programmers is growing simultaneously because more businesses are moving their operations to the cloud.

What Is A programming language?

A program is a set of instructions created in a specific language (such as C, C++, Java, or Python) to do a particular purpose.

The demand for cloud engineers and programmers is rising with the number of businesses moving to the cloud. Given the various programming languages available today, choosing the ideal one can frequently be confusing.

In the case of cloud computing, selecting a programming language can be more difficult because cloud experts employ dozens of different languages for various tasks.

The following are the top programming languages, in terms of usage and popularity, that you absolutely must master if you’re considering becoming a cloud engineer:

The most excellent programming language to learn for cloud computing and cloud development is unquestionably Python. It includes many third-party modules and support libraries to speed up and simplify development. The most attractive feature is that it is beginner-friendly and has a less complicated learning curve than other programming languages.

It’s important to remember that Python is widely used and supported by AWS Lambda when creating serverless apps on Amazon Web Services. AWS heavily uses Python but is also supported for cloud development by Microsoft’s Azure Cloud. Python is recognized as a full-stack programming language, which means it can be used throughout the entire cloud development lifecycle and be cross-platform compatible.

With a strong community and widespread use in software development, cloud computing, and other data-related fields, Python is not going anywhere soon and will continue to displace many more languages. In light of this, Python is the finest choice if you intend to become a cloud engineer.

Recently, Golang has become very popular, especially when it comes to cloud programming. It was created and is supported by Google and is a popular choice for developers and engineers thanks to its concurrency support, package management, and parallelism management. Although Golang is used on many cloud systems, it is favored when using Google Cloud (GCP).

Using microservices, you may handle lower-level interactions with the server and create effective, scalable, and secure applications. Built on Go, Google Cloud is widely used by businesses that use the cloud due to its deep integration, authentication, conversational interfaces, and libraries.

Golang is used to power several cloud-based programs, including Uber, SoundCloud, Atlassian, Monzo, and others. Golang has demonstrated that it is a very dependable programming language for cloud development; therefore, if you want to become a cloud engineer, you should learn it.

Once more, Java is a well-liked programming language for cloud development. It is simple to understand, reliable, adaptable, and modular, making it simpler to build codes while considering its re-usability characteristic. Because the code is initially compiled into byte code, independent of any platform, it is a platform-independent language.

Java is considered the most remarkable programming language if you pursue AWS training and certification. Due to its security, scalability, and portability, many enterprise cloud applications employ it. Java-based cloud applications can function on various operating systems, including Linux, Windows, Raspberry Pi, and others. Nearly all significant cloud systems offer Java SDKs, greatly simplifying development and enhancing functionality.

Improve your fundamental Java skills with Geeksforgeeks. Self-paced Java Programming Foundation course is designed with novices in mind and teaches them all the basic ideas, data types, operators, functions, and more.

In addition to being simple to learn and having characteristics like security and high functionality, Ruby is an excellent choice for cloud developers because it also includes a tonne of learning materials for building cutting-edge applications. It has over 60,000 libraries and frameworks that can help you create an app with the least amount of complexity imaginable. It has active community support and is open-source.

On the Google Cloud, Ruby-developed applications can be integrated with cloud monitoring, tracing, reporting errors, and logging. Due to its high dynamic nature, Ruby is well suited for web-based applications.

Compared to Java and C#, Ruby requires much less coding to be deployed on the cloud. Ruby has attracted much attention for creating cloud-based applications, so you should give it a shot.

Due to its simplicity, PHP is a programming language frequently used for cloud computing and web development. So when it comes to automating websites and other tasks, it is well-liked.

This language has a complete output buffer and may be used on Windows and UNIX systems. When creating applications with dynamic components, its vitality pops out.

This language has a total output buffer and may be used on Windows and UNIX systems. PHP works on the most well-liked web servers and is accessible for many OS systems. It supports the development of extensive and sophisticated web applications and is entirely object-oriented. It may be used with a wide range of database management systems.

In today’s technologically advanced world, cloud programming is still growing. New languages that offer significant advantages for developing and executing various applications have appeared in addition to classic ones.

The languages mentioned above are all top-notch languages with a sizable community following. These are the top 5 programming languages to choose from if you want to work as a developer in the cloud.

Everything You Need to Know About Cloud Business Intelligence

How Can Businesses Avoid Overspending on Cloud Services?