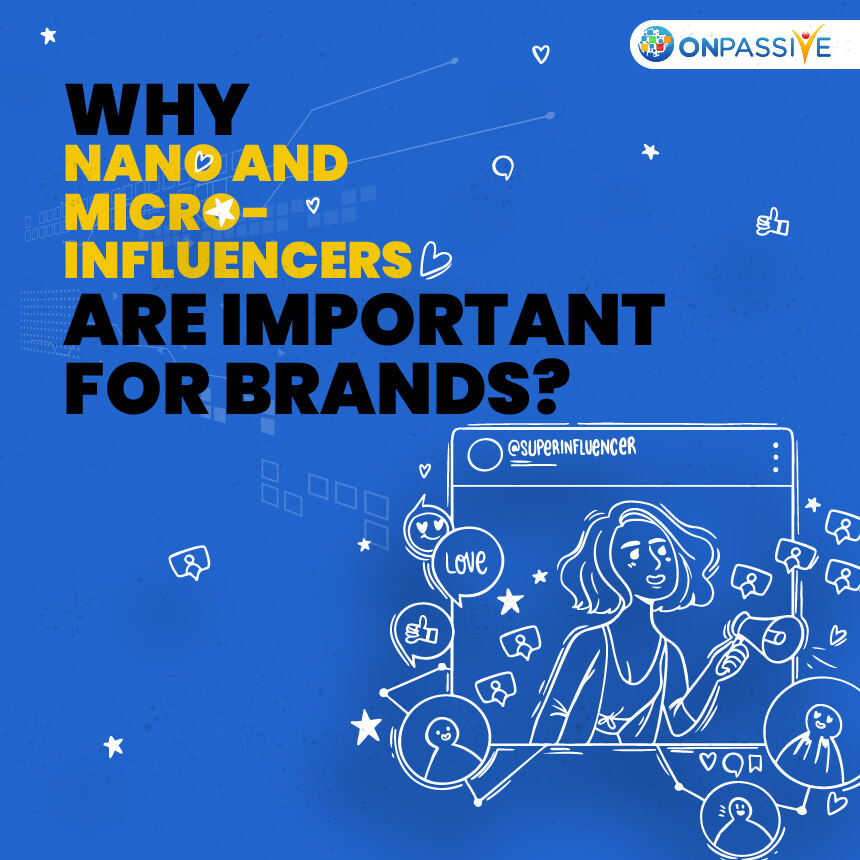 Top Reasons To Consider Nano And Micro-Influencers For Your Brand

Today, social media is such an integral part of our lives, whether as a leisure activity or business, that almost all millennials and adults use multiple social media platforms. These platforms can have a significant impact on many people’s lives.

People have a lot of power in this era because they idealize social media more than the real world. Social media influencers are the term for people who have a large following on social media.

Often, so-called influencers have built a solid fan base that is loyal and trustworthy, while others have only recently begun to set the trend. Nano influencers are what they’re called. To learn more about who they are and why brands are increasingly focusing on Nano Influencers as part of their influencer marketing strategy.

The Growth Of Influencer Marketing

Influencer marketing has become a buzzword term around the world. As a result of digitization, modern businesses and customers have experienced a significant shift. While customers are less trusting of brand advertisements, influencer marketing dramatically improves the brand-customer relationship. Brands can efficiently deliver high-quality, genuine word-of-mouth advertising by partnering with the right influencers.

These influencers are quickly becoming the preferred choice of major brands. This is because these influencers’ level of authenticity and user engagement is impressive.

The market for marketing influencers will boom in the near future. Nano and micro-influencers, in particular, will strengthen their relationships with their audiences and become more entrenched in tactical marketing strategy.

Therefore, this is ideal for all major brands looking for innovative and simple ways to connect with their target audiences. Fortunately, influencers can be measured and scaled because they are close to their followers.

Why Nano & Micro-Influencers Are Important For Brands?

Nano-influencers have fewer followers but are still gaining traction in the market due to their high level of engagement with their fans. Nano-influencers can be an excellent choice to increase customer engagement and develop a personal relationship with your customers.

The following are a few reasons why brands should consider nano and micro-influencers for their marketing and enhance their digital presence:

To put this in perspective, a group of ten micro-influencers with an average engagement rate of 5% can deliver more overall engagement for your brand than a single macro influencer with a 2% engagement rate and at a fraction of the cost.

This may be the most fundamental reason to incorporate micro-influencers into your marketing strategy. They usually charge a small fee per post plus a product or an experience, which is an excellent value for the variety of services and high-quality content.

One of the most compelling reasons to collaborate with micro-influencers is that they typically have concentrated audiences, allowing you to reach a specific target audience. Their followers could be concentrated geographically, such as in a city, state, or college campus, or they could be people interested in a more niche category, such as vintage fashion or vegan cooking.

Working with micro-influencers allows you to reach hyper-targeted audiences, which is ideal for testing a product or service with a new demographic or driving traffic to a local event.

When working with dozens of micro-influencers on a campaign, brand marketers end up with a diverse range of content and a lot of it that can be used in various ways across the marketing mix. Most of this UGC can be re-posted as part of the campaign when working with micros, but purchasing image rights is also less expensive than creating original content.

Selecting cost-effective options If you want to engage your customers on a deeper level, nano and micro-influencers may be the best option. In this case, the fewer followers you have, the more genuine customers you can target right away.

If you want to increase your brand’s visibility, you can also invest in macro-influencers. However, in terms of finances, it may have a negative impact on your company.