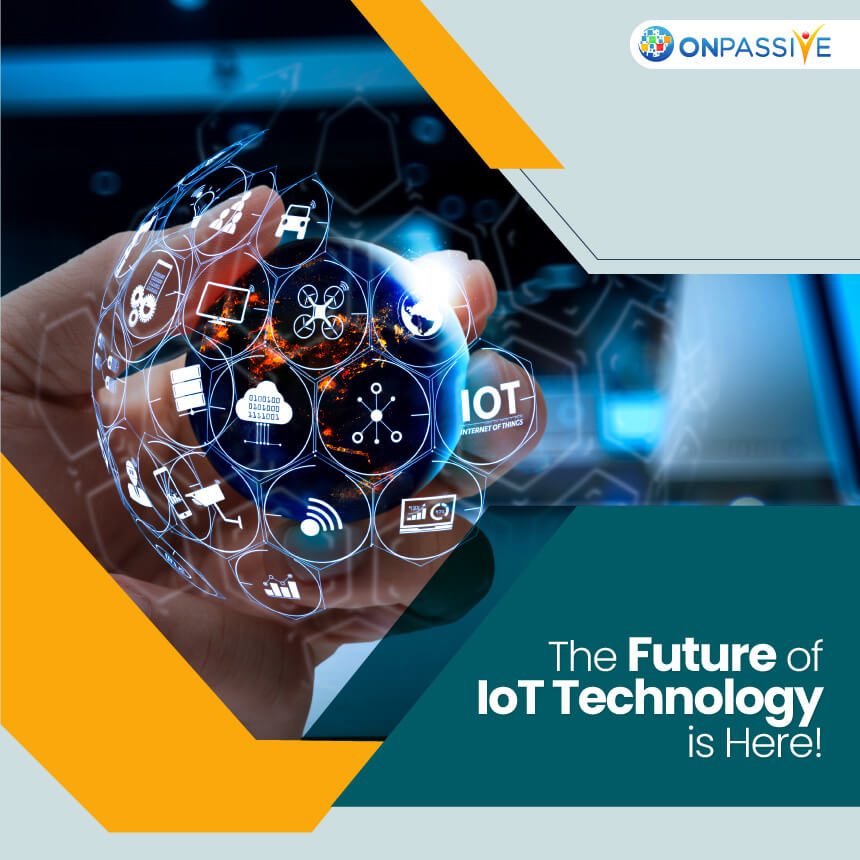 It’s difficult to leave the “Internet of Things” out of a list of cutting-edge and revolutionary technologies in a world driven by artificial intelligence, data, etc. In reality, IoT may be among the most significant technologies now in use, as it plays a crucial role in the success of several other technologies, including machine learning.

In a relatively short amount of time, the Internet of Things (IoT) has experienced exponential growth. Despite being relatively new, smart devices are pervasive in both the commercial and consumer worlds and are not showing any signs of slowing down.

Since the Internet of Things is still in its infancy, the projections for its future expansion are optimistic. In the coming years, we shall be connected in ways that are thought to be impossibly futuristic. The combination of AI and IoT will make innovative applications across several sectors possible.

Organizations that creatively consider adopting new technologies tend to be among the most prosperous ones. Without keeping an eye on these advancements, it would be impossible to think of creative applications using these technologies and integrating them into their businesses. On the other hand, companies must keep an eye on how things are evolving as the market landscape changes over the next years. Let’s discuss how IoT technology will develop in the future and how IoT trends will influence global markets in 2022. Before we move on to this, let’s learn what IoT is and how it works.

What is IoT, and what are its devices?

The term “Internet of Things” (IoT) refers to a network of hardware devices or physical objects such as sensors, gadgets, appliances, and other machinery that gather and exchange data over the internet. They may be integrated into other IoT devices and are configured for specific uses. An IoT gadget in your car, for instance, may detect traffic up ahead and immediately notify the person you’re going to meet of your impending delay.

How are IoT devices operated?

Although the purposes of various IoT devices vary, they all operate in similar ways. IoT devices are first and foremost physical devices that perceive events occurring in the real world. They typically connect to a Dynamic Host Configuration Protocol server and have an integrated CPU, network adapter, and firmware. In order to operate via the network, it also needs an IP address.

A software program is used to configure and administer the majority of IoT devices. For instance, the moment you enter a room, the lights turn on. All it takes is a smartphone app to manage your home’s lighting, as some gadgets don’t need external programs since they have inbuilt web servers.

The COVID-19 pandemic has expedited IoMT adoption due to the rise in demand for hands-free health solutions. In 2021, 64% of US families claimed to use these services, and 43% said they planned to do so after the outbreak. These signs suggest that IoMT will continue to expand in 2022.

For example, wearable health monitoring will spread more widely to supplement at-home care. Hospitals will track resources and conduct remote appointments via IoT connections. These trends will keep growing even after the pandemic is over in order to expand access to healthcare.

Wireless data rates have been the primary obstacle for IoT networks to overcome in recent years. The components of IoT technology, such as sensors, edge computing, wearables, smart homes, and more, will advance as these technologies do. Newer connectivity types have more infrastructure now, which increases the viability of IoT applications. They include satellites, Wi-Fi 6, LPWAN, and 5G as connectivity technologies.

Industrial IoT (IIoT) is one of the most promising applications of these technologies. In addition, its implementation is hampered by current networks’ low capacity and high latency. All of that will change in 2022 with the introduction of 5G.

Edge computing underpins real-time applications. Edge networks process information closer to the user, which lessens the burden on the whole network for all users rather than doing all calculations at a single location.

Edge computing has the ability to improve data processing security in addition to reducing the latency of IoT technologies. There are fewer options for data to be captured by hackers if it may be processed on an edge device rather than being sent to a central server. In this situation, information storage of the data is not necessary. All that is required is for the user to immediately get the information that was shared with the edge device.

As IoT security and processing power progress, edge computing will become more reliable and scalable. This technology may start to have an influence on consumer applications as smart city infrastructure spreads.

One of the most popular consumer IoT applications is wearable technology, and this trend is anticipated to last through 2022. Smartwatches and wristbands presently dominate the wearables market, but this will change in the future as they grow much more diverse. Smart rings, smart glasses, connected clothing, and IoT ID badges are currently available and will become quite popular.

The number of linked wearables more than doubled between 2016 and 2019, a trend that will be pushed by more varied options. By 2022, wearables will, among other things, expand augmented reality (AR) apps, improve accessibility for people with disabilities, and help businesses cut back on workplace accidents.

The smart home sector has changed due to the popularity of Google Assistant, Amazon Echo, Apple’s Siri, and other digital assistants. By managing countless items like lighting, appliances, and even home security systems in 2022, at-home IoT technology appears to have achieved its pinnacle. Nevertheless, there is still a great deal of space for expansion, which we shall witness over the following several years. The smart home market will grow at a CAGR of 25% from now until 2025, enabling the sector to reach a value of $246 billion, predicts Mordor Intelligence.

The security issues in the Internet of Things are becoming more and more concerning as its popularity grows. During rush hour traffic, breaking into connected vehicles might cause almost 3,000 fatalities. Security will become increasingly important as IoT device production rises and cybercrime rises.

IoT manufacturers will include more built-in security measures, such as hidden computing and verification procedures for over-the-air upgrades. Security companies will provide more IoT-specific services to complement that upgrade. Although not entirely eliminated, vulnerabilities will be lessened.

The potential of IoT technology extends into numerous industries, such as the retail sector and indoor navigation, as well as all of the aforementioned trends and beyond. It’s also critical to understand that, in many situations, the Internet of Things is not a technology that works by itself. Businesses may foster innovation and stay relevant compared to their rivals by combining technologies like IoT and AI. To upgrade the infrastructure of your company and prepare it for the future, all you need is a concept or a vision.