Twitter Tips And Tricks that Increases Your Influence in Marketing 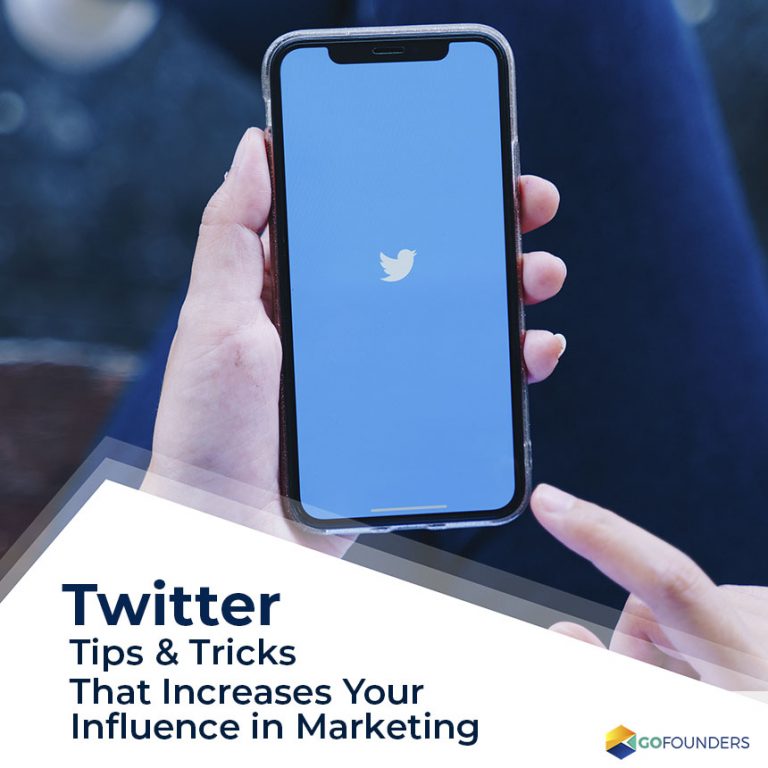 Twitter can be one of the best tools in your marketing arsenal when you know how to leverage this social network to your maximum advantage. That’s why I’ve compiled some of the best tips and tricks for building your lists of followers and converting those people into sales. First, we’ll start with the tips which serve as a great review for seasoned users as well as an awesome guide to those new to Twitter. And then we’ll then move on to the more advanced tricks where you can really turn up the volume on your marketing.

Have a killer bio: Make it benefit-oriented for the reader. Give a clear indication of what they can discover from following you. Add in a touch of humour, show that you’re human, add a bit of intrigue, and target it to the exact person you want to attract. Yes, it’s a tall order for a short bio, so work on it and then don’t be afraid to tweak it as you think of better ways to word what you want to say.

Tweet consistently – as in every day and even several times a day. Use a social media tool to schedule great content and even retweets to be dispersed at the best times throughout the day.

Make your tweets short enough that other people can retweet them, adding a short comment of their own. Generally, 250 characters or less is good.

Reposting is cool if your content is great. In fact, it’s not only cool; it’s unfair to followers if you only post it once. What if they missed it?

Respond to everyone: Whether they’re retweeting you, mentioning you or favouriting your tweet, be sure to respond back. Think of it this way: If someone standing next to you at a party said to the group, “You’ve got to hear what this person just said,” and points to you – or if they ask you a question – wouldn’t you respond back? Of course, you would. And imagine how they would feel if you just ignored them. Ouch.

Tip your hat often and liberally: When you link to someone’s content or share something from someone else, add an @AccountName mention. People love to get credit for their own stuff, and they should get credit for it, too.

Let everyone see your tweet – unless you don’t want them to. If you place a mention at the beginning of your tweet, only you, the person receiving your tweet and anyone who happens to follow both accounts will see the tweets in their streams. This is useful if you want to keep your exchange private, but not if you want everyone else to see the tweet, too.

Get your Twitter emails down to a manageable amount. Go to Twitter’s email notifications centre and you’ll see that Twitter has over 20 different email settings you can turn on or off. Customize these settings to suit you so that you stay in the loop but don’t get overwhelmed.

Don’t try to read every Tweet, because you can’t. And even if you could, it takes too much time. Instead, carefully choose whose tweets you want to read. Then create a Twitter list of just these accounts.

In the beginning, follow a lot of people to maximize the growth of your own followers. Later – if you want – you can use one of the many tools available to weed out those who no longer use Twitter, don’t follow you back, don’t engage, etc.

Whether you’re a new or a seasoned Twitter user, odds are that there are at least a few Twitter tricks here you don’t know about yet.

Get every Tweet you ever made. Maybe you want to see what you were doing on March 10th, 2009. Or you want to glean all the great tips you’ve given throughout the years and put them in a book. Whatever your reason, you can get ALL of your tweets since the beginning of Twitter by following the instructions here: help.twitter.com/en/managing-your-account/how-to-download-your-twitter-archive

Use Twitter advanced search to find ANYTHING. Twitter advanced search is a powerful tool for finding tweets on any topic or tweets to or from particular people. Plus you can search geographically, search certain time periods, search for a key term coupled with a URL, search for particular attitudes on a topic and more. Here’s a list of search operators and how to use them: support.twitter.com/articles/71577-using-advanced-search

Use hashtags a lot. When someone searches for a particular hashtag, your tweet will show up regardless of whether or not they follow you. Tweets with hashtags get more engagement, more new followers and put you more in the spotlight while improving your reputation. Those little hashtags pack a powerful punch.

Tweet during the workday on Eastern Time, Monday through Thursday for the greatest engagement.

If you’re using Twitter for business, schedule it into your day. Be sure to check Twitter once or twice each day to respond to conversations.

Find out what lists you’re on: From your lists page, click on “member of.” You might get some interesting info from seeing the types of lists you’re on, as well as insight into how people perceive you.

Subscribe to lists: You can only subscribe to public lists, not private. Go to the person’s profile, click ‘lists,’ and choose what list you’d like to subscribe to. This is a great way to get info on a particular niche, as well as getting yourself acquainted with players in the field.

Use ‘Favourites’ to entice someone to follow you. If you follow someone on Twitter and want to express approval for a tweet they sent while making them aware of your own presence, sometimes hitting the favourite button is the way to go.

Find your best followers: Using Social Rank (socialrank.com), you can find out which of your followers are the most engaged, which are the most valuable and which are overall the best. Social Rank looks at things like influence, follower count, content and engagement when making this determination, so you’ve got real info backing the choices and not just your gut instinct. From there you can choose which followers are a ‘priority’ to build relationships with.

One more thing: Do you think Twitter is just for the young? Think again. The fastest-growing demographic on Twitter is the 55-64 year age bracket. In fact, this demographic has grown 79% since 2012. So if you’re marketing to this group, Twitter can reach them.

Another amazing fact: 25% of smartphone owners ages 18-44 say they can’t recall the last time their smartphone wasn’t next to them. In fact, 63% of smartphone owners keep their phone with them for all but an hour of their waking day. This gives you potential access to your prospects at all times of the day, every day of the week. Bottom line: As with most marketing strategies, your best bet is to ALWAYS get prospects to your squeeze page and onto your list as fast as possible. Social media can be fickle – you may or may not get a particular message to your followers. But once you’ve got them on your list, they’re yours to market to anytime you like.