Categories
Artificial Intelligence
What Is The Significance Of AI In Product Prototype?

What Is The Significance Of AI In Product Prototype? 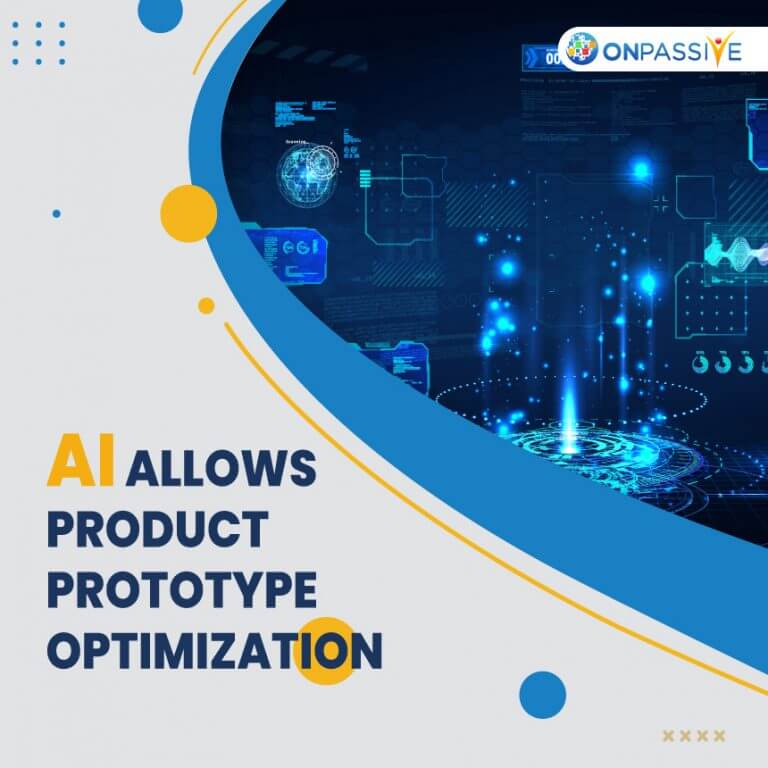 AI is changing the software development paradigm by allowing developers to optimise and speed up the prototype process. Programmers now have a new approach to prototype software solutions fast and effectively thanks to the use of machine learning techniques, seamless testing, and data-backed decision making.

Every successful product has to start as a prototype at some point. Prototyping is an important phase in your product’s development life cycle, but it can take anything from a few weeks to months to complete. While developing a product saves money in the long run, the expenditures associated with a lengthier prototype period are equally substantial.

Artificial intelligence, machine learning, deep learning, and natural language processing are among the future technologies that have the potential to drastically cut the time firms spend developing new ideas. Let’s take a look at how AI is affecting product prototyping.

Companies must build a prototype before introducing a new product or service. A three-dimensional representation of your vision is a product prototype. It’s a visual depiction of the product you’ll be launching on the market.

Fast prototyping methods, such as 3D printing, CNC prototyping, rapid tooling, or urethane casting, are used by engineers and designers in the manufacturing industry to develop prototypes for clients.

Most innovators who need to test the market, seek financing from possible partners, or patent a company concept need a product prototype. Manufacturers rely on AI technology to produce prototypes considerably faster due to the requirement for quick response time in rapid prototyping services.

Developing a web-based or mobile app is a cutthroat business. The sooner an app gets from concept to development, the more likely it is to succeed. AI can lead to a data-driven prototyping process, reducing your app’s time to market and providing you with a competitive advantage.

The AI revolution is still in its early stages, and instances of artificial intelligence may be found around every corner. The beauty of AI-based apps is that once they’re up and running, we tend to forget they’re powered by AI. When it comes to software development, artificial intelligence can reduce the time firms spend prototyping their ideas from weeks to months to days, if not minutes.

It’s all about speed and optimization in AI. Using AI, the designers and developers working on the prototype will be able to complete it faster and more efficiently. Here are some of the ways AI is influencing how firms prototype new products.

The datasets used to train AI algorithms are only as good as the AI algorithms themselves. The application of machine learning for design and layout data analysis, as well as ML techniques combined with computer vision, can result in the rapid development of high-fidelity prototypes from low-fidelity drawings.

AI algorithms at AirBnB are actively turning rough drawings into high-fidelity prototypes. This is feasible because a company-wide UI design guide, which includes 150 components, has standardised the design components. The components and rules are put into an AI system, which uses machine learning and deep learning techniques to classify them.

A machine-learning-based product development tool can detect hand-drawn design elements in a low-fidelity prototype and encapsulate them into high-fidelity counterparts.

Another area where AI is already being used is in the creation of front-end code for the prototype. Artificial intelligence algorithms are being utilised to create a high-fidelity prototype using front-end code that produces completely working, clickable prototypes from the original concept ideas.

When you have many prototype variants at the beginning of the process, you can see the potential of this product. Reducing down on the time spent building and testing many prototypes may save you a lot of time and effort, as well as help you make data-driven decisions about which version of the product to pursue, reducing the app development lifecycle.

AI aided prototyping has a lot of promise since it can turn prototype sketches into interactive versions of the prototype in minutes.

Functional prototypes must be tested to streamline the product development process and ensure that the idea is verified at the appropriate moment. User testing findings might help you figure out whether your current roadmapping method is working or whether you need to pivot your company idea.

By automating repetitive processes, artificial intelligence aids in the pace and refinement of the data science process. The design features integrated inside the prototype may be evaluated and validated for user reaction using machine learning algorithms based on existing design datasets. AI may also be used to collect and compile input from actual consumers, resulting in actionable findings and a more effective and simplified product development process.

Despite the countless depictions of artificial intelligence as the villain in science fiction and pop culture, the future is unlikely to be as dismal as naysayers suggest. AI augments rather than replaces human efforts in product creation. Designers and front end developers would no longer be considered outdated, but rather strategic assets. Retaining strategic decision-making expertise will become more crucial than ever as the globe moves toward a gig economy.

The use of AI to speed up prototyping and human intelligence to develop compelling designs has the potential to drastically shorten product time to market. While the future technologies described are still in the experimental phase, their application potential is infinite once completely developed.

Is your company AI-ready? Are you one of them? If yes, we are here to guide your business with the power of a single platform. Thus, if you wish to switch to AI-based products for your business, contact ONPASSIVE.