Automation is Good for Business 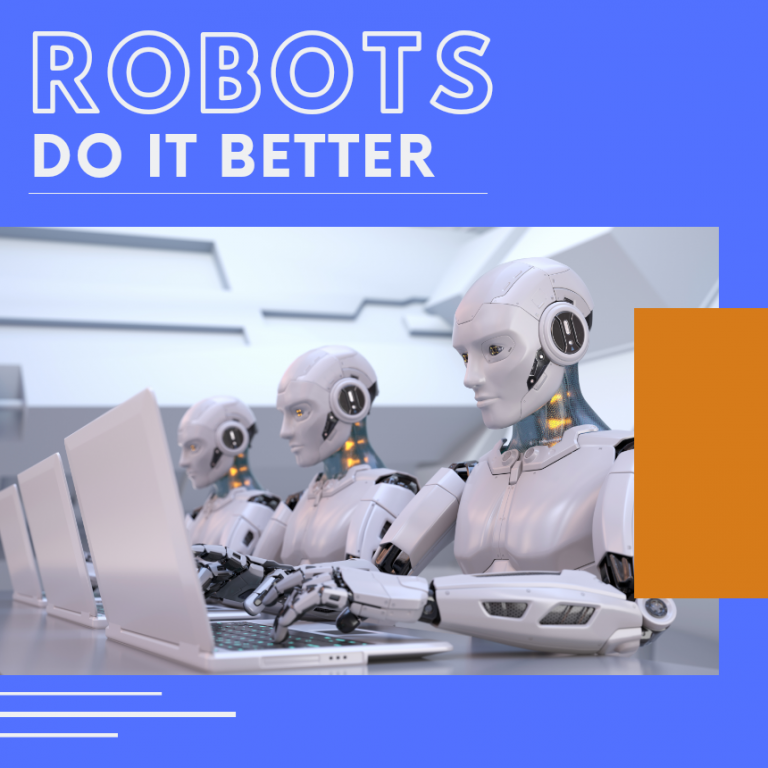 Along with artificial intelligence, machine learning, and deep learning, automation has come to the forefront in the present day. With technology becoming the driving factor of the economy, the change is inevitable where automation could steal many physical jobs across the world. And then, it is just not the physical jobs that are at stake here. Even knowledge-based jobs-those requiring some special skills or expertise are also at risk. Many of those positions are already being replaced as you read this blog.

So why is automation good for business?

Instead of paying for someone else’s labor, we let the machines do the hard work for us. And this why automation is good for business. And yes, automation has become more affordable than ever these days.

The evolution of machines or the influx of automation will lead to a more prosperous society. We already have seen automation make its mark in several sectors and industries and leaving an indelible mark in the right way. But that does not mean jobs were lost in the process. On the contrary, these companies have been hiring thousands of new workers every quarter.

How does that work? You might ask. Highly educated workers will have jobs developing these machines, while less skilled workers will be able to use those machines to boost their productivity.

Bringing disruption to any industry

The rapid rise of intelligent machines represents an opportunity to disrupt the economic status quo through automation. There are three strategies for entrepreneurs who are looking to disrupt the existing process with novel ideas:

Entrepreneurs get successful when they can discover new ways of doing things. To replace the production process, entrepreneurs need to aim to create value rather than minimize or manage costs. It wouldn’t be called disruption if doing something ‘a little cheaper’ than competitors. We suggest you to rather aim to invent new ways of doing things. We have seen tech giants become the way they are today because of this.

Also, quantify the value you create and who gets it. Entrepreneurs serve themselves by serving others. They profit only if their customers are satisfied, and the cardinal rule here is to understand who the customers if they are to be kept happy. If you can identify a market for an innovative product or service and deliver value, people are more than willing to pay for it. Cost is of least concern when the value that you provide is greater.

For you to disrupt a market or an industry, invent a problem that doesn’t yet exist. Think of Apple when they sold over 211 million iPhones last year and the device solves a plethora of problems daily.

But when Steve Jobs first introduced the product, it didn’t solve a problem that people could identify yet. Apple barged into the scene in 2007 by offering unprecedented value, the value of people having internet in their back pockets. A decade later, you have known people who would be lost without their iPhones.

Don’t fall into the trap of creating a product that already is existing in the market. Your advantage as an entrepreneur lies in creating new value, which requires you to focus less on what other companies are doing and more on what could be done instead.

Think of Arianna Huffington with Huggington Post when she mastered the art of search engine optimization even before anyone was thinking about it and pioneered in it. She changed the media industry by using a data-driven methodology to give readers exactly what they wanted.

You can also think of ONPASSIVE’s AI-powered smart business solutions that let small businesses and business owners automate to stay ahead in their game.

ONPASSIVE provides plug-n-play digital marketing tools that enable complete business automation and AI-driven productivity and marketing opportunities. ONPASSIVE is the next super unicorn company that takes care of your business and your personal needs through its smart and advanced automation tools.

Automation is not a new phenomenon. It has been there for long, but the presence is now more pronounced as increased automation will help create abundance in our society. With each innovation, labor productivity increases which means we can do more work efficiently than ever. So yes, automation is indeed good for business

Related: Ways to Automate Your Business and Boost Efficiency