Evolving Relationship with AI Tech & the Division of Labor 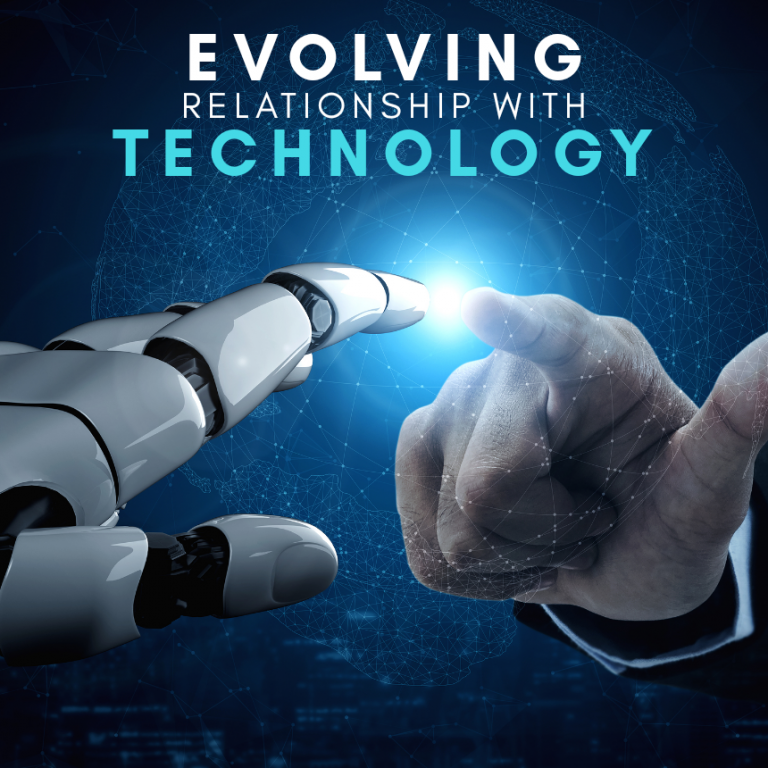 The emergence of artificial intelligence necessitates a rethinking of not only humanity’s relationship with machines but of how we, as a society, define and reward the fruits of human labor.

With the advancement of technology and the advent of new tools into the lives of humans, there was a considerable increase in efficiency and productivity. This only led humans to develop the more technical skillset required to operate the new technologies. With emerging technologies, the primary change a human underwent was the change in their mindsets. To use these new incoming technologies, humans had to build a relationship of trust with these new technologies.

Building this trust—integrating the new tool into their work habits—took time, as people were naturally loath to abandon old attitudes and behaviors. If we take an example of the word processors, many managers embraced this new technology so much so that it changed the way the business correspondence is produced. This again led to a shift in the social norms. Typing is now considered an important skill to be taught to children in school, while executives no longer see typing as beneath their role.

Putting technology to effective use is not only about recognizing the superiority of a new tool, or even just about learning how to use it. It’s also a matter of emotional acceptance and social validation—factors that are at least as important as the intellectual understanding that the new technology is better. It is true with digital transformation, both work habits and social norms had to change before the core technology could have a transformative impact.

It is a repeat of the situation that we addressed in the previous segment all over again with another potentially transformative technology called artificial intelligence (AI). While AI-driven technologies are exponentially growing both the workplace and society at large, it can be argued that they are overwhelmingly being used to automate tasks that have traditionally been performed by humans, who then are considered redundant and eliminated.

The solutions created collaboratively by humans and machines are different from, and superior to, solutions created by either humans or machines individually. This strengthens the theory that humans far from being replaceable, are essential partners in realizing AI’s optimal value. Even apart from the existential fear that robots will take our jobs, many people are concerned that digital technology pervading society has become autonomous, emancipated, and independent of us, humans.

AI is completely different from previous generations of tools as it has the potential to evolve beyond being an instrument for particular tasks. Since AI embeds complex reasoning and the ability to act, it is no longer just a passive instrument serving our needs. Rather than simply using such a tool, we are now interacting with it, allowing it to make and act on decisions on our behalf, considering its responses, and changing our intentions as a result.

Related: AI in Agriculture: Reinforcing the Future of Farming

Pursuing a new, different relationship with AI—one that capitalizes on the technology’s decision-making capabilities—we can envision a new division of labor between humans and intelligent machines that takes better advantage of the strengths of each.

Artificial intelligence lets us codify decisions through algorithms. The responsiveness to external stimuli is why it is often more natural to think of AI as mechanizing behaviors rather than tasks. “Task” implies a piece of work to be done regardless of the surrounding context; behavior is a response to the world-changing around us, something we do in response to an appropriate stimulus, with the same stimulus in different contexts triggering different behaviors.

The division of labor between human and intelligent machines dictates that the bulk of the value is created in the discovery and framing of the problem, as planning and execution are automated and commoditized. Achieving this new division of labor will require a profound change from most businesses because in today’s society and economy, the work that businesses define as valuable—and pay people to perform—is not necessarily that of discovering and framing the problem.

In conclusion, successfully adopting the next generation of digital tools, autonomous tools to which we delegate decisions and that have a limited form of agency, requires us to acknowledge this new relationship.

At the individual level, forming a productive relationship with these new digital tools requires us to adopt new habits, attitudes, and behaviors that enable us to make the most of these tools.

And at the enterprise level, the organization must also acknowledge this shift, and adopt new definitions of value that allow it to reward employees for contributing to the uniquely human ability to create new knowledge. Only if firms recognize this shift in how value is created, if they are willing to value employees for their ability to make sense of the world, will AI adoption deliver the value they promise.